House of Board and Baton

When this house was purchased, the living room walls were unimpressive and unfinished to the client’s standard.

Lined in a hardwood plywood in sheets 2400mm x 1200mm, the application was rough. The sheets were not evenly flush with each other, the top panels were cut very roughly and the outer corners of the walls were unfinished. The corners were concealed with an aluminium corner trim that in some places was screwed on and in other places stuck on with double-sided sellotape! One night shortly there was a terrible clang in the middle of the night, a corner trim had fallen off and landed on the polished concrete floor. The plywood had also never been sealed and therefore was easily marked.

Though these walls added a warmth to the living room, the finishing was so unprofessional that work was needed. Options were to paint two colours, one lighter to the 240mm line, and then a darker colour above to hide the rough and shoddy workmanship, or wallpapering with a heavy textured paper. Both would have required skimming the walls with plaster, as the plywood joins were in some cases more than a couple of mm apart. The third choice was to batten the wall to cleverly hide all those issues. The battens add substance to the wall and with the glass ceiling above create a play of light and shadow lines. The horizontal lines add to the relaxed atmosphere in this room.

With such an eclectic mix of furnishings inspiration became a search for a neutral that would maintain the warmth. The rest of the house is painted in Resene Alabaster, that fabulous white, however in this space Resene Alabaster was too stark, and grey neutrals too cool. Bringing together the large rustic cupboard with doors that include a vibrant red, green and yellow, the comfortable but faded Natuzzi leather sofa and stripy fireside chairs was a challenge. After many testpots, Resene Half Fossil was chosen. On the wall it gave warmth and just seemed to be the perfect fit to bring all the colours in the room together. The battens, in semi-gloss, were kept to the same colour as they were planned for subdued visual interest, creating pattern and texture only.

Constructing the battens was a challenge, as were the outside corners. A timber profiler cut special lengths so ensure a complete look. The old aluminium corners were destined to the scrap metal yard. After sealing, the wall was finished in Resene Zylone Sheen, a much lighter effect than the timber.

The battens were prepainted using Resene Lusta-Glo semi-gloss as a subtle sheen variation to the main wall colour, then installed to complete the look. 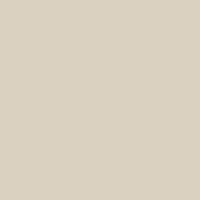