All about Art Deco

Napier’s Art Deco buildings wouldn’t attract the tourists nearly as much as they do if they hadn’t been enhanced by their pastel colour schemes, which draw attention to the intricate bas relief decoration on their stucco facades.

These have been encouraged by the Napier City Council’s Art Deco Improvement Grants, which are paid to the building owners when they repaint, provided that the colour scheme has been approved by the Art Deco Trust.

In most cases, the Trust provides the colour scheme as well, using a palette of warm pastel shades, which are an echo of the original colours.

When Napier was rebuilt after the 1931 earthquake, the cement used in the stucco was tinted with oxides, including pink, green, blue and a variety of biscuit and ochre shades. Although this resulted in a remarkably colourful townscape at a time when most inner city buildings were grey cement plaster or brick, and paint colours were limited, those buildings would be rather sombre compared with the huge range of paint colours that we’re now used to seeing. So Napier today is more colourful than it was in the 1930s, yet still retains the softness and warmth that it had in the 1930s.

What is Art Deco?

The style we now call Art Deco originated in Europe in the early years of the 20th Century, and its heyday was from 1920-1940. It became widely known following the great Exposition des Arts Modernes Decoratifs et Industriels, held in Paris in 1925 and from which its name was ultimately derived. By the late 1930s it was in its streamlined phase and after World War 2, the International Style, devoid of all decoration, held sway. In the late 1960s, interest in the Art Deco style was rekindled and this interest has continued to grow.

Art Deco expressed all the vigour and optimism of the roaring twenties, and the idealism and escapism of the grim thirties. Its decorative themes are:

All of these themes are represented on the buildings of Napier, most of which are still standing today and are lovingly cared for by their owners.

The Art Deco style was at the height of its popularity for buildings in 1931. Its clean simple lines and base relief decoration suited the needs of the new city...

Other architectural styles for the period were also used – the Spanish Mission style from California, and both Stripped Classical and Classical Moderne, the styles of Greece and Rome but simplified and modernised. And local architect Louis Hay’s work strongly reflects Frank Lloyd Wright’s Prairie Style in the United States mid-west, which developed in the early years of the century.

The four architectural practices in Napier in 1931 banded together to share facilities and bring a unity of purpose to the task of rebuilding the town, working in shifts around the clock. But they continued (except in rare cases) to design the buildings individually. These firms were:

Other architects who worked in Napier in the 1930s were J T Watson who arrived in 1934 and became Borough Architect, and architects from other cities, chiefly Wellington, who were retained by banks, insurance companies and hotel chains to design their buildings throughout New Zealand.

If you dare to bring the drama of the roaring twenties into your home, a stylish and swanky wallpaper is the perfect place to start. Try one of these designs from the Resene Modern Art Wallpaper Collection – available from your local Resene ColorShop – to introduce some serious style.

note: most collections available 2-3 years only. The swatches below are from the Resene Modern Art Wallpaper Collection. 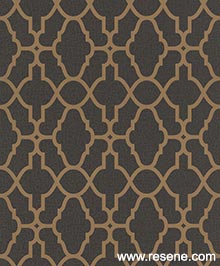 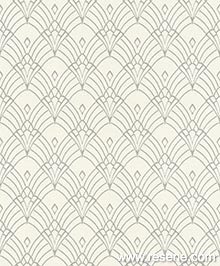 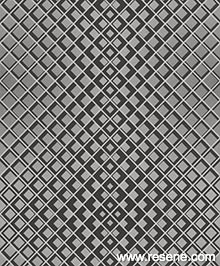 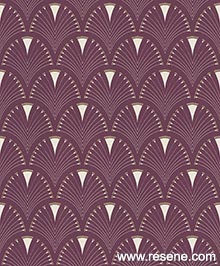 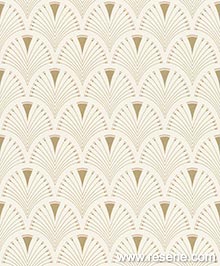 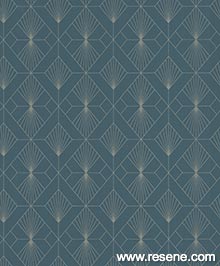 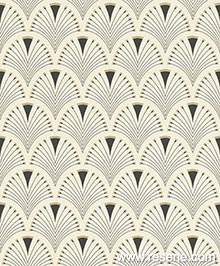 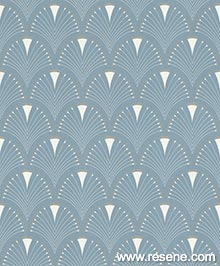 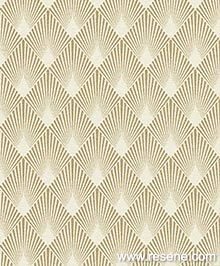 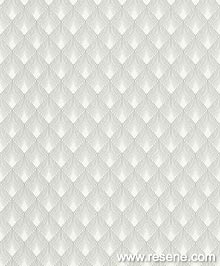 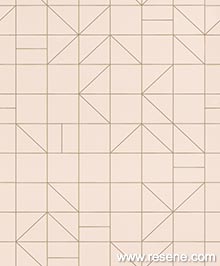 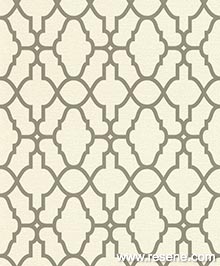 How to paint Art Deco buildings

Most homes of this vintage will be previously painted with the coating either in poor condition or sound.

Many old buildings were coated in limewash, which is both friable (poorly bound) and weak. While inevitably they have been repainted over the years problems often arise when waterblasting. The coating is so weak that the painter will quite literally need to blast the whole lot off – something to be avoided. That’s why Resene generally recommend thorough washing. If the paint is very badly flaking, then complete removal and priming with Resene Sureseal may be the only option.

The best look for the main wall exteriors of these buildings is Resene AquaShield – it is both in keeping with the style of the era and performs exceedingly well. This can be teamed with Resene Lustacryl semi-gloss or Resene Enamacryl gloss on trims.

Resene X-200 is a finish in itself and generally doesn’t require overcoating, with the following exceptions:

The Art Deco Trust was formed in February 1985 in order to promote the newly published ‘Take a Walk Through Art Deco Napier’ leaflet, which had been funded by the Hawke’s Bay Museum, the Ministry of Works & Development and the Napier City Council.

In June 1985 it organised the premiere of Peter Wells’ television film ‘Newest City On The Globe’. On a fine winter Sunday afternoon, a crowd of 1100 people turned out to walk the streets of Napier and view its buildings, before viewing the film in a 340-seat theatre. The public’s enthusiasm encouraged those involved to continue working for the preservation, enhancement and promotion of Napier’s unique architecture, constructed after the 1931 Napier earthquake.

Legally incorporated in 1987, in 1992, with support from the Napier City Council, the Trust became a full-time operation with a salaried Executive Director and its own premises and shop at Deco Centre, once Napier’s Central Fire Station in Tennyson Street, Napier.

Today the Trust occupies a hugely increased space at the renamed Deco Centre and employs a full-time staff of four, assisted by over 100 dedicated volunteers. In 2003/04, an estimated 33,000 people took an Art Deco Walk, 17,000 of them on guided walks led by the Trust’s volunteer walk guides.

The Trust’s objectives are:

All about Art Deco

The style we now call Art Deco originated in Europe in the early years of the 20th Century, and its heyday was from 1920-1940. Art Deco expressed all the vigour and optimism of the roaring twenties, and the idealism and escapism of the grim thirties... more

Resene regional and special colour palettes
As well as all the normal colour charts we release, Resene also has the ability to make and display custom colour palettes too... view all palettes