Stephenson & Turner (S&T) was engaged by Greenstone Group to design a replacement administration building for Whenuapai Primary School. The aim of designing this building was to create not only a welcoming entrance to the school but also to include the school’s identity within the design.

S&T achieved this by moving the location of the building to the entrance of the school; replacing the main drop-off road with a welcoming playfulness in which the school’s logo (characterised by four colours: green, yellow, blue and red) would be represented in terms of colour on each façade of the building.

Prior to the design of the building, a master plan was proposed to ensure that the building coexisted comfortably with neighbouring elements and to ensure future expansion. Budget was always a big constraint to this project, innovative ways needed to be implemented to create the playfulness that was desired.

To overcome the monotony of a typical, cost-effective, rectangular building the aim was to give an impression of a changing façade: playing tricks on one’s eye while moving around it. The tilt of the roof enhances this feature, but also gives a hint of aerodynamics; connecting with the identity of the neighbouring Whenuapai airbase.

The horizontal cedar cladding leads one into the site, but is lightly interrupted with the shadows of rafters supporting the external transparent roofing, while coloured concrete strips reflects the carpet pattern internally. Wood-X Kauri Gum was chosen to give the external cedar cladding a warm undertone and to create a balance between that and the crisp steel roof supporting lines. Soffits are finished in Resene Sonyx 101 in Resene Black White. Emphasis has also been placed on the tilted roof by creating a black ‘eyebrow’ using Resene Black emphasising its aerodynamic slope.

The newly located admin building now gracefully welcomes pupils with the playful tilt of its hat.

The building depicts the four colours of the logo, one colour per façade and corresponding interior. These colours were carefully chosen for each quarter in order to correspond with its internal function and external interaction with neighbouring buildings.

Offices (Quarter Green), has passive surveillance over the tree lined external courtyard in which students regularly play. The Staffroom (Quarter Yellow), opens to the north and changes hourly not only with the sun but also as teachers move in and out during their rosters. This quarter was deliberately placed opposite the existing hall, for entertaining when functions are held. Services (Quarter Blue), is placed adjacent to the school’s access road blocking out traffic, and Reception (Quarter Red) is the only part of the building that has a deliberate diagonal cut to allow views in to the school but also to announce the entrance of the building.

Resene Black White was used as a crisp supporting colour on interior walls and ceilings to highlight all coloured elements. Resene Quarter Delta was used on doors, skirtings and architraves, acting as an extension of the background carpet tile colour. 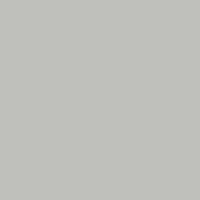