The clients recently purchased a renovated c1927 art-deco house in the stately suburb of Canterbury in Victoria, 11km east of the Melbourne Central Business District. The renovation that had been completed previously left the interior expressionless and in need of revitalisation. The home had many art-deco embellishments, and it was the clients’ primary brief to do the interior justice.

The clients had spent most of their lives in the United States, where colourful and uplifting interiors were the norm, so apart from respecting the 1920s, bold statements and colour were to be introduced all while paying homage to the art-deco period.

Strong wall colour accentuates the deep window reveals and stained glass ornamentation, an important feature of the house. By highlighting the picture rail it draws attention to the panelling aspect, and reinforces the lower and upper components as seen in the hallway. This allows the original 1920s fireplaces to become the hero in these rooms.

Resene Dark Slate in Resene SpaceCote Low Sheen was chosen as it was the perfect match to the wallpaper selected for the hallway; such a bold statement, but somehow very neutral and timeless all at the same time. The deepness of Resene Dark Slate gives the dining and living rooms real depth. This was lightened to Resene Half Dark Slate in the children’s bedrooms. 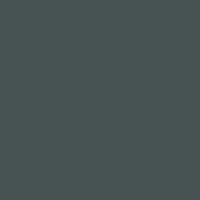