This project was built as part of an annual competition to design a folly at the Brick Bay Sculpture Trail, which the team entered and won. The project was realised just a few months later. As a folly, the project sits somewhere between art and architecture, using colour as an integral part of its design and to convey its artistic meaning.

The nature of looking out from a sloping hillside invoked an imagined pa, and the design team were drawn to the structure of a Maori palisade – a fence that assisted in the fortification of a key piece of land. The palisade is a crafted form that lends itself to interpretation, reinterpretation, and misinterpretation. A palisade would physically define a boundary of inside and outside but it would also often be sculpted - giving the sense that the fence itself was occupying the land and keeping watch.

Te Takitaki reclaims a piece of land at Brick Bay. Its characters have withdrawn from the boundary of the fence to occupy the inner sanctum of the created courtyard.

In physically pulling the figures away from the woven fence, the folly seeks to extrapolate from the traditional palisade and further investigate what it might mean for a structure to be the primary occupant of the land. By entering the folly, we are entering the space that belongs to those guardians of the landscape, and by the fact of their permanence and our transience, we are their guests.

The folly is ambiguous in its intent – it appears as a solid block of colour in the landscape when viewed from the Glasshouse, but begins to break up into disparate elements upon approach, becoming particulate, visually and physically permeable, and increasingly textured. On entering Brick Bay Wines from above the site you are given an oblique preview of the curving plan shape, designed to directly contrast the perception of the folly as a block from below.

The horizontality of the structure introduces a new datum to the surrounding natural landscape, with the undulating planes of grassy hillsides, sea, trees and sky referenced in the curvature of the folly. In the way that the terraces of a pa give spatial control to its occupants, the gateway into the folly is instructive – Te Takitaki limits the direct line of sight into the courtyard. Like a palisade of the past, Te Takitaki surveys the site and invites guests to navigate their approach on its own terms.

Te Takitaki is finished in Resene Waterborne Woodsman in Resene Totem Pole (bright red), a dark red-orange stain with accents in a Resene custom mixed orange stain. The colour was chosen for its contrast to the surrounding bush and sky.

As the folly sits on top of a hill, it is highly visible in its landscape. The design team wanted to accentuate this characteristic, as its concept is to survey and protect the land with a sense of guardianship. The use of a stain over a paint was a deliberate choice to bring out the natural texture of the timber, to have different scales of texture, from the bright mass of colour on approach, to the rough texture of the timber when experiencing the folly up close. 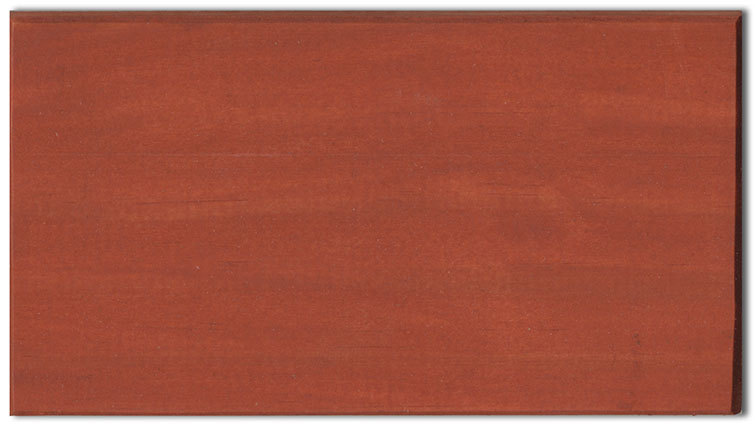