Inspiration can come from anywhere and what better inspiration to draw on than the beauty of a historic stained glass window as this room does...

Located in a 100+ year old villa, this bathroom had not been touched since it was created. It was part of an addition built in 1910 and featured a tessellated tile floor, a claw foot coffin shaped bath, a pedestal basin, 3mm thick glass tiles on the walls and an interestingly named ‘Deluge’ toilet. The sash window had coloured glass panes and the room, in keeping with the time period, had no power points or heating but it did have an electric light.

The previous owner had been born in the house in 1898 and died in 2007 at the age 108 years old. The home was almost entirely as it was when it was first built.

Just after the new owners moved in the exterior and the interior were listed on the district plan as of historical significance. This meant that any work to the bathroom needed resource consent and approval from the heritage team at council.

It took 10 years for the project to be approved involving compromises, fees, forms and delays. The planned separate shower was eventually scrapped when approval for it proved impossible.

The white tiles were difficult to source. The heritage team wanted a matching tile but none existed. Instead a large tile with a gloss glazed finish was water cut to the same size as the original.

Luckily the colour choice was somewhat easier. The inspiration for the colours was the pink and yellow coloured glass window panes. Resene SpaceCote Flat in Resene Sassy (bold magenta) was chosen for the ceiling. This colour balanced the strength of the colour from the dark and patterned floor and added warmth to the room. It was also repeated on the bath.

The Resene SpaceCote Low Sheen in Resene Golden Glow (red based yellow) on the walls brings much needed warmth to the space to offset the cooler white wall tiles. The cornice is painted in Resene Pizza (rust gold), a warm mustard to complement the floor and the Italian heritage of the new owners.

The black cupboard with distressed mirror doors and light fitting were designed by Debra Delorenzo adding personality into the room. The Mackintosh chair made by Debra’s father was painted in Resene Sassy to match the room.

The final touch was the hot water radiator that gives a radiant heat encouraging long luxurious soaks in the bath.

This project won the Resene Total Colour Residential Colourful Room Maestro Award. The judges said “Inspiration can come from anywhere and what better inspiration to draw on than the beauty of a historic stained glass window as this room does. This room has been carefully dressed in colour with multi-coloured paint hues changing the sense of space. The floor is anchored in colour and delightfully reflected in the colours overhead. Unexpected and uplifting.” 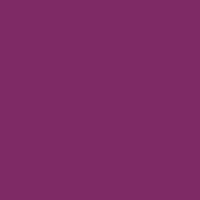 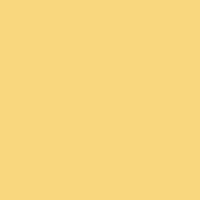 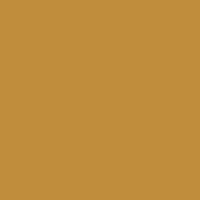