A concept of 'play in the backyard' was developed to reference the site's history and help provide inner-city children with a destination that would evoke a feeling of an overgrown garden.

Myers Park was literally carved from the backyards of properties that originally fronted Queen Street and Greys Ave, sharing the historic Waihorotiu Stream as their rear boundary. The park was founded over 100 years ago by Arthur Myers, as a space for children in the city.

However, despite the original good intentions, it lost its mojo as a child centric space over the years. Council saw the opportunity for a destination playground providing a "safe, familiar and nurturing environment for children where they may explore, create and dream". They also saw an opportunity to reclaim for children a place that had become associated with unsavoury behaviour.

A concept of 'play in the backyard' was developed to reference the site's history and help provide inner-city children with a destination that would evoke a feeling of an overgrown garden.

The new playspace features sprawling vines and large leaves for climbing on, swinging, balancing and crawling through. A canopy of abstracted flowers is a riot of colour creating detailed and dappled shadows. Quirky, interactive birds and insects occupy the garden, their carefully highlighted features drawing you in.

A playable 'folded' timber deck provides parents with a platform for observation and conversation. Traditional play items (swings, slides, a giant basket swing and other more physically demanding equipment) entertain and challenge regular users, their neutral colour scheme letting the bespoke elements punctuate the space. The designers worked closely with sculptors to develop the 'garden elements'. Paint and timber were incorporated to reduce the impact of heat absorption by the steel.

Wherever you stand in this playspace, there is no mistaking you're in a quirky 'garden' of imagination and delight. As you meander through the space following the sinuous red brick, the colourful creatures you encounter on your way, the flowers towering over you and the turf and timber at your feet, all combine together to create this 'backyard' environment of fun.

The new playspace is nostalgic of the traditional kiwi backyard, abstracted and recreated in the central city at distorted scale to appear surreal, colourful and curious.

Myers Park was a particularly challenging site due to its reputation for crime and misuse. The playground upgrade was seen as a catalyst to start the reversal of this, helping the park to once again become a child friendly place. Everything from spatial layout to material and colour selection was carefully considered to ensure it could withstand 'unsavoury behaviour' while providing a playful escape between the 'grit' of K Road and the 'slick' of Aotea Square.

Colour was a key element used to instil an uplifting and cheerful feeling, creating and nurturing a positive social atmosphere. The designers decided that the colours should be bright and quirky to help achieve this.

The typical playground of 'plastic in primary colours' was to be avoided, so the designers chose colours and materials that evoke feelings of overgrown backyard garden plots (lemon, lime and orange, rusted steel (corten), red brick, turf, timber). The giant flowers were conceived as a major 'scene setting' element, providing both context and play value through their extreme scale and dappled shadows. It was vital that the colours for the other site elements matched the flower heads in order to maintain consistency and clarity in the final result.

These three colours were then used to accentuate the tunnels and peep holes that feature in the retained edges around the playspace, inviting children to look or crawl through. The creatures had key features highlighted with yellow; colour was applied carefully in context with the timber and stainless steel to help create their character, tie them together as a family and create a playful contrast between them and the surrounding surface finishes. The giant pumpkin leaves feature the same green as the flower stalks, a bright lime colour 'popping' in context with the surrounding natural greenery.

The painted steelwork finished in a Resene high gloss, hard wearing finish offered reflection and shine, and was very smooth to the touch, contributing to the surreal effect of the creatures, leaves and flowers and complementing the stainless steel.

Myers Park Placespace won the Resene Total Colour Nightingale Award and the Resene Total Colour Landscape Award 2015. The judges described the project as "fun fun fun! It's Alice in Wonderland meets Dr Seuss, a collection of colourful park play pieces that are brought to life with bold energising colour. Even on the dullest day, the oversized characters flitting in the park in bright paint colours bring a sense of joy and playfulness, irresistible to children and their parents.

The colour cleverly contains the area and attracts children to play in one space. In a park that could easily have opted for primary colours, choosing a combination of orange, green and yellow ensures this play space doesn't just fit with nature, it enhances it. Like a bunch of freshly picked flowers, this play space's colour scheme has a real sense of 'pick me up' optimism that can be enjoyed by all ages." 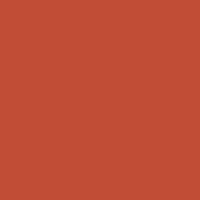 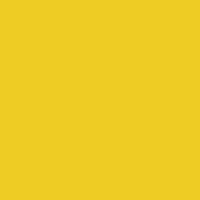 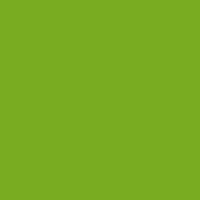