with nature in mind

With its design inspired by nature, and energy efficiency an important feature, this bathroom is green in more ways than one.

That a home will sit comfortably in its natural environment is frequently a key consideration for a professional designer. And it’s something that leads many to take their cues and inspiration from the surrounding landscape. When it came to creating his own family holiday home in Albert Town near Wanaka, architectural designer Gary Todd had some striking local scenery to draw upon. He chose to incorporate natural elements such as the Clutha River, with its variations of rocks, pebbles and gravel, and the layers of sediment on its banks; as well as the mountains; and the poplars and willows around the nearby lagoon.

“The design is based around the theme of the house rising up out of the riverbed,” says Gary. “It’s made up of a series of three linked pavilions terraced over four levels, and using different materials: Honed block, Zincalume, plaster and glazing. These interpret the layers of sediment in the river banks.”

The naturally inspired materials and themes carry through to the interior of the home and are especially effective in the bathrooms.

The main bathroom was designed for Gary’s teenage children and sits adjacent to the ensuite. In addition to continuing the riverbed look, an important consideration was to create a funky design that would appeal to both teenage tastes and practical requirements. A custom-made storage unit between the shower and vanity incorporates two glazed aluminium cabinet doors with chrome handles, to give the space a modern feel. Tall mirrors extending up to the ceiling visually increase the size of the room.

Multi-coloured river stones on the back wall of the shower flow down in a waterfall effect to the floor around the shower and beneath the vanity unit, before meeting up with the large grey tiles on the floor. Warmed by underfloor heating, these tiles allude to the big smooth rocks found down by the river.

“Standing on river-smoothed stones when you’re showering is a really nice feeling,” says Gary. “It brings you right back to nature.” When selecting colours for the bathroom Gary took his inspiration from the view out the long horizontal window, which looks onto the bright green leaves of the willow trees around the lagoon. A feature wall of Resene Sushi brings this natural element into the space, while the tawa joinery and speckled Stonex vanity top also incorporate aspects of the natural environment surrounding the house.

An important aspect of the design was the desire to incorporate energy-saving and environmentally friendly features. The bathroom has all the modern conveniences one could want in a home in Central Otago. These include anti-fog heat pads behind the mirrors, a chrome heated towel ladder, an extractor fan, a wall-mounted space heater, under-tile heating and shower lights. However, rather than being left on all day and consuming large amounts of power, the appliances are set on time-clocks or activated by sensor when someone enters the room.

Even the paint was selected for its contribution to the environment. Used on the door and ceilings, Resene SpaceCote Low Sheen in Resene Black White creates a feeling of height in the bathroom, and complements the white vitreous china toilet suite and hand basin. “We chose Resene SpaceCote Low Sheen because it’s a great performance Environmental Choice-approved paint and is low on chemicals and odours,” says Gary.

And the bathroom isn’t only a hit with his discerning teenage children. It won him the Bathroom category award at the 2006 ADNZ/ Resene National Design Awards. The house also won the Residential Interiors category, and was a finalist in the Kitchens, Colour, and New Residence Over 250m2 categories. 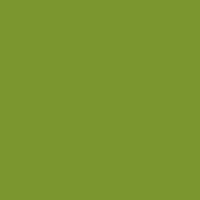