She may have fallen for the sweet, rustic charm and beautiful craftsmanship of her 1920s arts and crafts-style bungalow some years ago, but owner Fiona McKenzie certainly wasn’t blind to its imperfections.

An impractical layout saw the original bathroom tucked down the far end of the house and well away from the bedrooms. Fiona frequently entertains, and has friends and relatives from all over the country regularly coming to stay, so as well as being highly inconvenient, the bathroom was literally on its last legs.

“It was really quite old and decrepit,” she laughs. “There was an ancient copper toilet with a big chain – it would use about 20 litres of water each flush and, in doing so, shake the whole house!”

So, after three years of putting up with these less-than desirable conditions, she decided it was time to take action and renovate. Designer Graham Bull was enlisted to come up with the architectural drawings, based on initial concepts by Andy Coltart, founder of Black Barn Vineyards in the Hawkes Bay.

It was also Graham’s job to oversee the entire project – a complete revamp that saw a major part of the home’s layout reconfigured to better suit Fiona’s lifestyle. The sun porch was pushed out to make way for an ensuite in the master bedroom, the original kitchen was moved sideways, a laundry was added – and what about the bathroom? Demolished to create a larger living area, it’s now repositioned at the front of the house. It’s a smart, new space, which sits snugly off the hall and is very handy to the guest bedroom.

The whole home had to be re-plumbed, but the job didn’t pose too many challenges, says Graham. Because all the renovation work was done at once, rather than in stages, all the plumbing could be commissioned and carried out at the same time. A generous crawl-space underneath the house made installing pipes and drainage easier too.

Although the new bathroom is relatively compact – just under two metres by two metres – Fiona had specific criteria to be met, in terms of both function and aesthetics. One of the aims of the revamp was to try to achieve “a nice lodge feel” to the house, she says. To work hand-in-hand with this concept, the bathroom has been designed to double as a guest bathroom and powder room – hence its position central to the spare bedroom and main living areas.

Visitors enter the space from the bedroom or hallway via a tiny alcove.

“This reflects one of Andy Coltart’s firm beliefs, and a thoughtful one that I agree with: That people like their privacy, and rather than making a public departure, they prefer to discreetly slip away to the bathroom,” she explains.

With the space being completely internal and without windows, achieving the right balance of light was essential. Above one side of the bathroom door, slotted between the top of the dado line and the ceiling, a horizontal window borrows natural light from the hallway, providing just enough illumination during the day. And on either side of the Mexican mirror – discovered by Fiona in a local market some 12 years ago and featuring a striking frame of beaten metal – are two little lights. As well as being decorative, these provide the soft, subtle glow that lends the bathroom its powder room feel.

It was also important to Fiona that the space featured clean, classic lines and a character that tied in with the rest of the house. For example, the original wooden joinery and board and batten ceilings are just some of the features lovingly preserved throughout.

In keeping with this, HardiGroove interior wall linings give the new bathroom a traditional tongue-and-groove look, with the long, vertical panels also adding dimension and height. The new lining of the ceiling has been left exposed, with the material specially chosen to echo the board and battens elsewhere. The bathroom’s surfaces have been painted with Resene SpaceCote Low Sheen in Resene Double Sisal.

Mixed by Jen Pack, the neutral tones help create both warmth and a sense of space. Graham also points out that a key factor behind the paint choice was its ability to prevent bacteria and mould build-up. A wall-hung marble vanity runs along one side of the room. While the top has been honed for practical purposes, the front has been pitched to create textural contrast.

“I bought this whole slab of marble – Alba – and had it cut by professional stone-cutters,” says Fiona, explaining how the striking piece came about. “As a consistent element that appears throughout the house, including in the kitchen and laundry, it creates a strong statement and really adds visual interest.”

Other features in the bathroom have been carefully designed for consistency too. For example, the dado line is levelled at door height right around the room, while the large creamy stone tiles that highlight the bathroom floor also form the shower base. The shower rose and tap mixer – plus various accessories, including the sleek towel rail and toilet roll holder – were carefully selected by the Fiona to reflect a uniform, simple, yet stylish look.

Above the vanity and on either side of the mirror, storage cabinets have been recessed into the full depth of the wall framing; a space saving device that delivers maximum storage for overnight guests. And Fiona says her visitors simply love the new bathroom.

“They treat it just like an ensuite, which is exactly the idea we had in mind. I couldn’t be happier.”

Waterborne interior paint products are vulnerable to surfactant leaching, where some areas of the paint surface appear to be covered in white streaks, giving a watermark effect. Surfactant leaching only affects the appearance of the paint finish, not its durability. It cannot be accurately predicted or prevented, but is more likely to occur in wet areas, such as bathrooms, where ventilation is poor.

Surfactant leaching is caused by water sitting on freshly applied acrylic paints. Water softens the fresh paint and draws out water soluble surfactants. As water dries off these are deposited on the surface. These deposits are easily removed early on by simply cleaning the surface following the interior paintwork instructions earlier on this page. The problem may occur once or twice again before all leachable material is completely removed. If left, the deposits can etch the surface and leave a permanent mark. This should diminish over a few months and is only of cosmetic concern.

Surfactant leaching is usually associated with marginal painting conditions. Tinted paints are more prone to surfactant leaching than are white paints because of the ingredients that are present in tinters. To prevent surfactant leaching, it is best to avoid application in the late afternoon if cool, damp conditions are expected in the evening or overnight. Ensure adequate ventilation is maintained during the drying period. If surfactant leaching does occur, rinse the surface as soon as possible to avoid permanent marking using these cleaning recommendations. 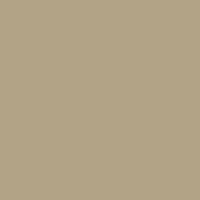