A neglected Tauranga villa is restored by a couple who make some brave colour choices along the way.

Jason Luke could be forgiven for looking a bit worried when his wife Abby goes off to work. After all, she went to work one day a few years ago and came back with a house!

When the couple returned to New Zealand in 2005 after a few years in London, they settled back into life in Tauranga. Abby, a florist, was making a delivery one day when she caught sight of a 1900s-era villa with a ‘for sale for removal’ sign on it. “I rang the owner immediately and Jason and I had a look,” says Abby. “It had been split into two flats, so it was tricky to visualise how to turn it back into one house. The great thing was that they’d done such a bad job of it; walls they’d put up didn’t touch the ceilings so they hadn’t wrecked anything.”

Abby and Jason have travelled extensively and collected objects and furniture from markets and auctions here and overseas. This stag’s head, by New Zealand artist Hannah Kidd, is a favourite piece. They had the acrylic coffee table custom-made.

With much encouragement from Abby’s parents, the couple went into “a bidding war” on TradeMe. Rather than being sold by negotiation, the house was being sold like an object in an online auction. Partly because of the unusual nature of the sale, it was “cheap as chips for what it was; we felt like we robbed the guy!” says Abby. Of course, after winning the house, the couple immediately had to deal with the issue of removal.

“We had to move it twice, because they were ready to build offices on its site. It had to go onto a storage location while we looked and looked for a section, which was so difficult that we nearly sold the building.”

Finally, Abby and Jason found some land perfect for the layout of the house. They bought the section, moved their new home onto it and set about making it liveable. Firstly they had to meet council regulations by completely rewiring, replumbing and insulating the house.

Predictably, the house is solid rimu from stem to stern, but “I didn’t want to live in a wood sandwich,” says Abby firmly. For an antidote to the timber ceilings and door frames, the couple pulled up carpets and stained the floors black. With the whole interior (except the bedroom) painted in various finishes of full and half tones of Resene White Pointer, the palette is simple yet warm, to complement the glowing rimu ceilings.

Personal touches; Abby made the cushions from old clothes she loved, stripped the lampshades as decoration for the couple’s wedding.

The real talking point of the home, though, is the bedroom. The couple painted it deep black (except for one wall covered in Oriental-inspired black and bronze wallpaper), an unusual and brave choice that helped to win them the Resene Colour Home of the Year award. “When I lived in England I kept a scrapbook of my favourite ideas from design magazines, which included a blackwalled bedroom,” Abby says. “I was planning to wallpaper the room in Anaglypta [textured wallpaper] and paint it black, but while I was at Resene looking in the wallpaper books I came across the black and bronze wallpaper and loved it.” Abby says that everyone she showed it to told her not to use it, but “I stuck to my instincts and it looks great.”

Apart from that one wall, the room is painted in Resene Nero, accessorised with dressmakers’ dummies, portraits and a gorgeous Burmese jacket stretched out above the bed. The jacket is especially significant; it was bought in the Chiang Mai night markets during a flying visit to Thailand, and Abby made the coat hanger herself, bringing it back from England in Jason’s golf club case. “The coat is Burmese, and apparently before the men went into battle they would tattoo their bodies with protection imagery. But if they didn’t have time, they’d paint their clothing instead. I thought it was appropriate to have above the bed.”

One idea that Abby borrowed from a London design magazine was the light for her bedside table. It’s a piece of MDF with the shape of a lamp cut out from the middle with a jigsaw, and fabric stretched over the top. With a bulb lit behind it the shape glows, but with the light off it looks like a blank canvas.

The kitchen used to be a dank bathroom until the couple restored the space. Left: Antique handles in varying designs transform ordinary kitchen cabinets. Top left: The bedside lamp artwork that Abby made with a piece of MDF and some fabric.

Also decorating the bedroom are two dressmakers’ dummies, one of which was bought in Paris, the other wears a crinoline from London’s Portobello markets. The predominance of textiles in the home has more than a passing significance; Abby went to art school and held exhibitions inspired by the structures of paintings and garments.

“I’ve always had a fascination with clothing – hat blocks, shoe lasts, crinolines, mannequins, they are both historical and sculptural.”

An industrial lamp with a painting bought in a hospice shop; Abby’s growing potrait wall in the bedroom. The bold black bedroom with its assortment of antique and market finds.

The art in the home is extremely important to Abby, who has a small gallery alongside her florist shop. “A house isn’t a home until it has art in it,” she says. “And you can’t buy something because it matches the carpet and the curtains, you must buy it because you love it.” In the lounge is a favourite piece; a stag’s head made up of flattened-out corrugated iron by artist and friend Hannah Kidd.

Abby is a self-confessed “treasure-hunter”. “Nearly everything in the house is a bargain, with a few splurges thrown in.” The green couch in the lounge is a prime example; Abby bought it at an auction intending to cover it in hot-pink fabric, but decided that she loved the green and the wear and tear of the fabric. The clear acrylic coffee table is another innovation – Abby commissioned a Tauranga company, Plastec Formers, to make it for her. “I thought that more wood would be too heavy, and I like that I’m able to see through it, so it’s there but not there.”

Glasses on the mantelpiece used as candle holders; the spare bedroom with letters collected from demolished signs; hat blocks gleaned from secondhand stores beneath Dick Frizzell’s ‘Brown Squares’; an artwork by Abby in the hall.

The kitchen of the villa is also an example of how the marriage of a few bargains with new items can be extremely effective. The kitchen units are standard inexpensive cupboards and drawers with a twist – Abby chose to use antique handles in place of modern ones. “The were one of my first purchases after buying the house. I had seen them in a local antique shop shortly after returning to New Zealand and thought they were beautiful, but had no use for them. As soon as we bought the house I went straight back to the antique shop, I knew exactly where they would feature.” The handles were installed on the new cupboards, immediately introducing an element that matches the age of the house.

Another beautiful addition is the leadlight windows in the kitchen. Originally, the kitchen was a dark little porch, converted to a bathroom by the previous owners. They had installed some little louvred windows, which Abby and Jason removed. Abby’s dad, an architectural designer, told her they needed to install windows in the kitchen to capture the afternoon light, and she eventually agreed. After a morning walking around Hamilton’s Demolition Traders, they found some leadlight windows, with coloured glass that matched the glass in the hallway chandelier.

From a church pew in the kitchen to the patchwork cushions on the sofa (Abby made them from her old clothes that she couldn’t bear to throw away), “everything in our house has history.” It’s that kind of attention to detail, and Abby’s willingness to follow her artistic instincts, that makes this home so unique.

The bathroom with a bathtub from trademe, and bedroom wallpaper detail.

Abby and Jason Luke’s simple yet striking white-on-white interior with accents of black is a standout look. White walls are often considered safe, but they can be tricky to get right, particularly en masse. The black and white colour scheme is the ideal backdrop for Abby’s artistically arranged collections. In the bedroom, she’s used a feature wallpaper sparingly, drawing attention to it, without overpowering the space. We congratulate Abby on sticking with her instincts in spite of others trying to put her off, as the best colour schemes are the ones that those living in the home truly love.

Tip: Collections don’t happen overnight. Collect things you like, but don’t make it too easy because you end up buying too many things and it’s not as exciting when you track something down. 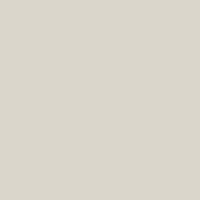 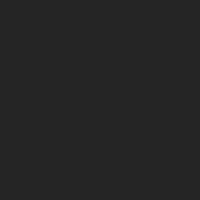