Turn a simple cardboard box into a fun checkerboard game table with a little bit of help from Resene.

Here's another idea: Use this checkerboard table to create your very own chess game using plastic animal figures.

Step one
Neaten up the box by placing masking tape along all the joins, as shown. Use the scissors to cut the tape to size.

Step two
Apply one coat of Resene Quick Dry primer to the entire box and leave to dry for about an hour.

Step three
Apply two coats of Resene Fizz to the box and allow two hours for each coat to dry.

Step four
Use the pencil and ruler to divide the top of the box into an even grid of eight squares by eight squares. Paint alternate squares with two coats of Resene Resolution Blue, allowing two hours to dry between coats. 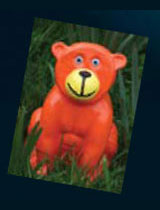 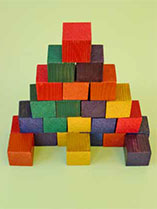 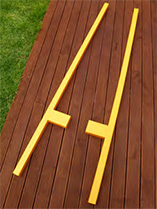