This house was undergoing a major alteration when the architect recommended Peta Tearle to the client to take a closer look at the colour design.

The interior was having a contemporary and sophisticated makeover by a respected Auckland interior designer and the client wanted to take care of the exterior in a sophisticated manner also.

The property is over 100 years old and has had a number of additions over that period. A highly regarded architect had been commissioned to design a garage addition at the front of the house and another addition at the poolside of the building. This work would mimic exactly the original architecture. Now completed it looks as if the entire building was constructed at a single time.

The client wanted to move away from the black and white scheme generally applied to a building of this style in Auckland; the architecture based on aspects of ‘Tudor Style’ where ‘half-timbering’ is applied to the upper storey.

He also seen some houses in San Diego that impressed him which had been painted using less contrast than black and white, which became the basis for the colours. A custom off white (CCA752 Eton) was made by Resene for the stucco and painted in low sheen Resene X-200 to reduce gloss reflection.

For the remaining paint work Resene Chicago in both Resene Lumbersider low sheen waterborne paint and Resene Lustacryl semi-gloss waterborne enamel was selected as a soft contrast to the ‘off white’ and closer in value to the brick colour, resulting in a gracious appearance. The pergolas were finished in Resene Pitch Black wood stain to complete the look. 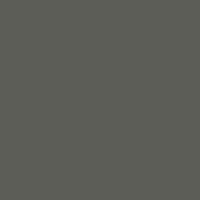