The kitchen and two bathrooms were part of a more extensive renovation in an old villa which included removing the fireplace, adding a small extension and completely reconfiguring the interior. The finished home now has an extra bedroom and an ensuite. The kitchen was originally to have a small walk in pantry. The door was removed so the benchtop and cabinets could be extended in a continuous run along the main wall. This opened up the space and allowed for a much larger window which was the perfect canvas for the blackboard wall the clients desired.

An old style AGA stove, butler sink, subway tiles, open shelving, forged iron cabinet handles and V-groove panel accents are used to create a traditional style. This look is extended to the main bathroom with V-groove panelling halfway up the walls and traditional style fixtures and fittings. The geometric floor tile and flat panel cabinet doors move the style towards a more transitional look, while bringing in a bright pop of colour that is repeated on the upper half of the walls.

The kitchen is designed with a benchtop that narrows progressively towards the back wall with the clever use of angles. The narrowing is needed to allow proper clearance all along and the angled areas are open below the bench for tray storage.

The kitchen cabinets, painted in Resene Half Stack, are an intentional departure from the ubiquitous white kitchen. While still a neutral, this grey tone has more depth and personality and allows for a more individual look to this lovely traditional style kitchen. Resene Blackboard Paint framing the window coordinates with the black stove and benchtops and gives a striking, and functional, feature wall to frame the view.

Walls in Resene SpaceCote Low Sheen Villa White seem perfect for this old villa and are close to the white of the subway tiles.

The very tiny ensuite takes the transitional all the way to contemporary with a mood change to minimalist black and white. A large recessed mirror cabinet visually expands the space and creates much needed storage.

In the main bathroom, Resene SpaceCote Low Sheen in Resene Ship Cove is the perfect blue to match the pops of colour in the floor tile, and here too are an expression of individuality and a departure from the usual white and other neutrals generally used in bathrooms. The V-Groove panel lined walls and the front of the bathtub are painted in Resene SpaceCote Low Sheen in Resene Half Barely There to match the same colour used for the cabinetry.

Resene Double Alabaster is used throughout the house for all doors, trims and ceilings.

The recessed alcoves in both bathrooms presented a problem. These were added after the plans had been approved by council, and were to be two long recesses, both on outside walls. But on inspection, they had to be moved to interior walls. While the final look is completely different to the original design and intention, the original functional intent is maintained. 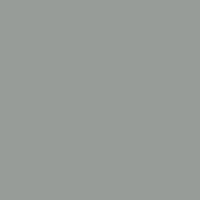 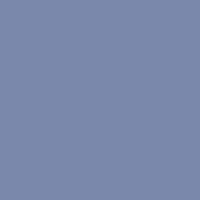 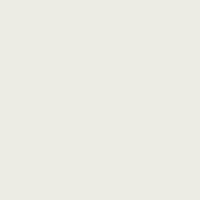 Resene Half Barely There