The project involved an extensive restoration and refurbishment of a 1910s era Bamford and Pierce Arts and Crafts home.

The project involved an extensive restoration and refurbishment of a 1910s era Bamford and Pierce Arts and Crafts home, the addition of a contemporary living wing connected to the existing house, and a re-planning of the site with two new additional outbuildings – a pool house and a separate garage with guest accommodation above.

The house commands a dramatic position with expansive views to the city, the museum and down to the harbour and Rangitoto Island. The existing home was relatively internal, with a series of zones that felt inward-facing and had been closed in by planting that had become somewhat imposing over the years.

The original house was assiduously restored, making the most of a gorgeous five-window bay and every other original feature worth keeping. A series of unsympathetic additions and alterations were removed to allow for the reinstatement of three original veranda spaces, original fireplaces, and a sympathetic re-planning of the existing house, with a repositioned front door opening to a new formal gallery and a repositioned and upgraded central stair.

The addition of a new wing provides an open plan kitchen/dining/living zone, flowing out to a paved courtyard. Formal moves were respectful of the existing building forms, referring and deferring where appropriate.

The existing bedroom level was adjusted to be tailored to the specific needs of the family and a new open plan play zone was formed within the roof space of the existing home, with a contemporary sculptural steel spiral stair providing access to the new level.

The extension – including a family living room and commercially scaled Chinese kitchen fully set to capture the breadth of the wok – honours and also reimagines the old. This contemporary living wing does not copy the original but borrows its form and scale to provide both counterpoint and homage.

The cladding and roofing of the new living wing, garage and pool house was crisply crafted in folded metal, following the horizontal line of the weatherboards into which it connects.

The design intent at play in this magnificent restoration and expansion of a 1910s Arts and Crafts home was to restore the original 1910s Arts and Crafts home, while extending it in a way that is respectful of the existing building forms, referring and deferring where appropriate. The home retains its sophisticated exterior, superbly matched in contemporary materials and colours, but it is within the interior that really gives a thrilling bounce to the already formidable architectural achievements.

The home’s interior is neutral, painted in whites and off-whites to pick up on other elements in the rooms and provide a neutral background for the client’s art collection – a superbly curated selection of work by many of our country’s best artists.

A focus on crafted materials and finishes was a key driver in the project, honouring the Arts and Crafts movement. ICOMOS principles were followed, and consultation with NZ Heritage was carried out at all critical stages. 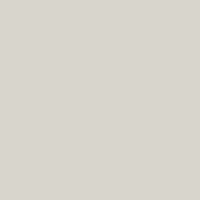 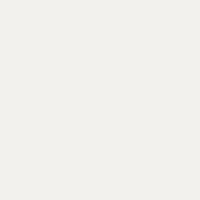