colour to the cul-de-sac

This home is listed on the Wellington district plan as being of historical significance.

This single level double bay villa built in 1898 has been well maintained and has a formal bordered front garden and imposing front fence. In 2018 the current owners were in a position to do an external repaint.

As the owners run an interior design business from home they wanted a colour scheme that stood out from the ordinary, reflected their own tastes, but also respected the historic listing and formal nature of the property.

This house is in a small cul-de-sac with only 14 other houses that are all of a similar age. It is the grandest and the most original in the street as it has had only one previous owner who lived in it for 108 years.

The concrete fencing and cast iron gates and tiles front path and entranceway, installed when the house was built, give the house a solidity and presence in the neighbourhood. Even though the house is listed no permission was required from neighbours in choosing the colour scheme. Their response has been positive and has inspired one neighbour to commit to repainting their house in bolder colours next year.

The house was re-roofed a year ago so the scheme had to work in with its colour, Karaka. Orange is the interior design company’s signature colour and green was chosen as a contrast to the many white and grey colour schemes in the neighbourhood.

The blue colour of the original tessellated tiles that are on the path and porch was the inspiration for the colour of the pots by the front door, and is a complementary colour to the orange. Dark windows balance the strength of the front fence and roof.

The final result is bright but soft, yet stands out against the other houses and the natural greenery on the hill behind. 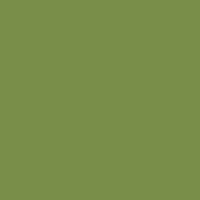 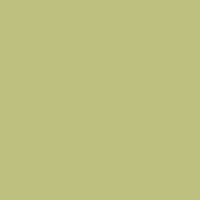 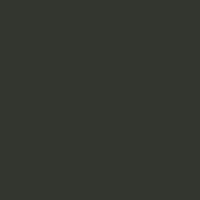 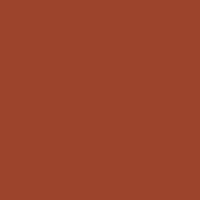