The brief for the Ministry of Justice was to provide flexible spaces that could be configured into hearing rooms, courtrooms, mediation rooms, and interview spaces. These were to be shared between two separate specialist tribunal courts within a single floor of Chorus House Tower in Auckland CBD. The goal was to transform a disorientating rabbit warren of inadequate facilities into a contemporary environment that represents New Zealand’s world leading justice system. The design was also to test whether the Immigration and Protection Tribunal (IPT) and Environment and Employment Court (EEC) could share facilities based on a mixed-use, efficiency model.

The challenge was to create a people-centred court environment, de-institutionalised and non-imposing, yet at the same time retaining a sense of dignity and nobility. Responding to the need for a suite of rooms used for multiple purposes, S&T provided both a small courtroom and also one large room that could be freely converted into a hearing room, mediation, or courtroom. The larger room is almost square, emphasising equality; the walls are treated with equal importance so that any orientation of the room feels natural. As the walls are used to display evidence at a hearing, they have been textured in a way that makes an additional layer of texture meaningful rather than cluttered or dishevelled.

This trial of shared facilities between different courts of law resulted in flexible design to allow for maximum utilisation of spaces, demonstrated in the adjustable walls and mobile furniture. It also saw a transition between traditional and contemporary, shifting away from hierarchical level changes and vertical elements to level discussion rooms and bands of horizontal panelling, creating contrast between the symmetrical furniture requirements and the playful wall coverings. This design philosophy is embodied in the reinterpretation of the historic bronze medallion, into modern sandblasted glass, back-lit with LEDs, subtly demonstrating an innovative and refined design process. Sustainable materials were chosen throughout e.g. recycled carpet, biodegradable marmoleum, and reconstituted veneer.

As users of this space are dealing with conflict, the spaces needed to consider the welfare of all users with plenty of light, acoustic security (without a deadening effect) and evoke emotional qualities of assurance, calmness, safety, and connection to others. Colours are natural and warm. Textures are soft. Spaces are simple and clarifying. The rooms are flexible and contemporary and use light to enhance the feeling of height and create a permeable, spacious effect.

Timber was used for its excellent acoustic qualities to maintain the privacy of the hearing rooms. The horizontal, irregularly spaced, magnetic panels that encircle the room blend into the acoustic and fabric panels whose texture and pattern both echo and contrast with the timber. Square wall light tiles that have dimming options are also incorporated in the multipurpose hearing room wall panelling system to provide soft, pleasant illumination that can vary in light levels across the day, giving the room a sense passing time and change, as hearings and mediation sessions can run for long durations.

Golden teak timber veneer is showcased as the featured material used in the hearing rooms emphasising its natural beauty and warmth, yet still makes room for modern textures and colour. The scheme sought complementary colours and materials that while predominantly neutral, would provide balance and preservation to the nobility of the spaces, such as Resene Black White on walls and ceiling bulkheads, Resene Black on wall panelling negative details and door frames, and Resene Colorwood Reducing Base with Resene Aquaclear waterborne urethane on plywood wall features and seating. Resene Tall Poppy in Resene SpaceCote Low Sheen on the columns not only complements the rich and warming tones of the veneer and upholstered wall coverings, but it also provides an added block of vibrancy and punch that helps to anchor and elevate, as well as unify the refined palette.

Darker tone carpet tiles are used in public areas to give an added formality, and were chosen for its tactile, sensual qualities, creating a shift away from corporate ubiquity. The dark tones of the walls and carpets also gives the light-wood and marmoleum tables a floating effect, highlighting the place of connection and communication. In the workspaces lighter beige and brown carpet was used, with a random arrangement and organic feel that contrasts with the clean white walls; a soft and friendlier backdrop that softens the corporate outlook.

Frosted glass panelling was used for the IPT, with an abstracted (illegible) foreign script – decorative, yet contemporary, a subtle contrast with the straight, clean lines of the space. The glass is light and cooling, providing a level of privacy. The script is a tribute to the immigrant visitors, while also referring to the fundamental, age-old connection of law and language.

In addition to the challenges of creating a newly trialled multiple purpose hearing room for the Ministry of Justice, the Ministry also preferred a formally arranged workspace, so it was designed to encourage communication with moveable partitions in fresh colours, height reduced at the sides. Along with shared perimeter shelving, each cluster was allocated storage units that could be wheeled around, used as dividers, or even as small worktables – giving staff flexibility and ownership over the arrangement. All the furniture was thematic and on castors so that it could easily be moved and still match perfectly. 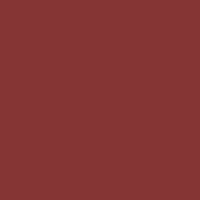