Karanga Pavilion is part of the Jellicoe Precinct, the social and cultural heart of the Auckland waterfront, supported by an array of surrounding retail and entertainment activities and facilities.

The pavilion sits in a prime location along the waterfront axis; an elongated ‘spine’ which connects the CBD waterfront and Viaduct Harbour with the Wynyard precinct along Auckland’s waterfront. The portion of the waterfront axis is part of a significant pedestrian and cycle route which forms part of the gateway experience to Wynyard Quarter for public approaching east over Te Wero bridge.

The Pavilion is located at the Western edge of Karanga Plaza, an area of public open space located south of the Viaduct Events Centre. The kiosk showcases the history and future prospects of Karanga Plaza and Wynyard Quarter with information and interactive displays to promote education and public connection.

The new Karanga Pavilion was designed to replace the existing kiosk which was a temporary structure made from an assembly of eight 20 foot and one 15 foot shipping containers in two parts.

The first part of the new pavilion is a stacked four container high structure which forms a marker for the Wynyard area. It contains extensive electronic equipment storage, including NZ Police surveillance, Met Service and Harbour Bridge Controls as well as two public toilets, one accessible, at its base.

The second part houses the information kiosk, a single level arrangement of four containers with openings to the east and the west. A small office is contained in one space, with the main adjacent space functioning as a display and information area. Volunteers operate the kiosk and along with the displays, provide information on the history and development plans for the greater Wynyard area.

With the increasing number of new local office, apartment and hotel developments, the existing kiosk and container aesthetic appeared outdated and less appropriate for the site.

Panuku Development Auckland identified a need to ‘refresh’ the Karanga information kiosk to better serve the current and future needs for Karanga Plaza and the wider fabric of Wynyard Quarter.

Panuku’s vision was for a new modern glazed pavilion that was more visually open, enabling displays to be more engaging with passers-by. The much lighter and transparent public exhibition area was constructed to front Karanga Plaza promoting transparency, display and public access. The visually lightweight pavilion forms a juxtaposition against the solid ‘blocks’ of the service areas. Both vertical forms are concealed with a vertical rain screen cladding system and battens to accentuate the height and provide variation, texture and depth to the façade.

Visibility at night makes the information more accessible to the increasing number of Wynyard residents and public who frequent the area to attend various events, restaurants and theatre productions.

Vertical timber boards are coated with a custom Resene Waterborne Woodsman stain in Karanga Red which provides for a bold visual backdrop referencing the adjacent Pohutukawa trees and various red accents along North Wharf. The colour is also a nod to the shipping containers previously on site.

Karanga Plaza contains an array of public services which lie beneath the building platform which presented a challenge with the building structure on what is considered reclaimed land. Construction methodology was considered and designed from the outset with prefabricated construction methodologies in mind to meet construction timelines and to best avoid disruption to the public plaza. A series of modular floor, wall and roof panels were constructed in a controlled environment and assembled onsite around part of the existing container structure that was incorporated into the new pavilion which remained onsite.

Resene Colorwood in a custom made Karanga Red is used on interior timber vertical boards – the distinctive custom red stain was prepared and selected to express the concept of the red ‘solid forms’ of the service areas as an extension of the exterior cladding.

Resene Half Black White on the interior lining and exterior steel plate soffit and gutters provides a fresh contrast to Karanga Red and complements the neighbouring Viaduct Events Centre, Te Wero bridge and nautical boat masts found in and around the marina. 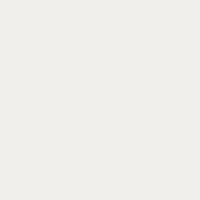