The client had purchased an urban section in the small township of Greytown and were looking to build a family sized home on a limited budget.

They wanted a modern looking new house that was bespoke, designed around their needs and specific to the site and sun paths.

They also didn’t want to buy an ‘off-the plan’ house package from a builder that had been designed around someone else’s requirements. With another baby on the way, they wanted the house completed by the time it arrived, so it had to be built relatively quickly. It probably wasn’t the best time to start building a new house, with all the stress that it can cause, but that is often the way it goes.

The building consists of two long wedge shaped forms in parallel with one another, connected together by a ‘bridge/link’ form, forming the shape of the letter H. The bridge form serves as the hub of the house and houses the central kitchen/eating area. The living areas and master bedroom face north and are at the higher end of the wedge forms. They all have a higher 2.7 metre stud height, giving the spaces more of a sense of space. Children’s bedrooms and garaging are at the lower end of the wedge forms.

One of the design considerations with the interior spaces, was being able to keep an eye on the children playing, from the kitchen area. All the living areas, both inside and out, surround the kitchen area, making the kitchen the hub of the house. They also wanted the master bedroom to be like a sanctuary and retreat, separate from the rest of the house. This was achieved by containing the master bedroom at one end of a wedge form and having all its windows and sliding doors opening out onto the surrounding trees. The entry into the bedroom is through a wardrobe, creating an additional buffer. The main bedroom wall is also painted in Resene Dark Knight, as a calming colour for the space.

The living areas have large sliding windows to enable a strong indoor/outdoor connection. Eventually when funds allow, decking will be installed outside the living areas, allowing providing more structured outdoor living spaces, and a transition between inside and out.

The clients wanted to go against the current trend of having a black exterior and white interior, and opted to use more natural hues like browns, oranges and yellows. The majority of the interior is painted in Resene Black White to give the interior a clean modern look. In the bedrooms a splash of colour was added to the wall of each of the bedroom.

For the two children’s bedrooms, a patterned paint effect feature was created using a masked design painted in Resene Delta over Resene Black White. Once dry, the masking tape was removed creating a sharp paint pattern effect in each space.

Using some natural timber around the building was a major consideration as part of the colour scheme, both inside and out. Using wood provides touches of warmth to the rooms. On the interior, one low cost way of doing this was deciding to leave the window and door reveals as unpainted pine and finishing them in polyurethane.

On the exterior, cedar stained in Wood-X High Country, was used to contrast the Ironsand coloured vertical steel long-run cladding. The cedar was also brought into the interior with the use of cedar and glass doors. Beech ply was also used in the kitchen to add warmth and contrast to what is mainly a modern white kitchen.

It was decided to make a statement with the entry into the house, so the main entrance door was spray painted in Resene Bright Spark, which is a bright yellow colour. This clearly defines the entrance to the home, and is a colour the works well with the brown hue of the Ironsand steel cladding.

The floors in most of the living areas were left as exposed concrete, which was coloured a light grey. These concrete floors allow the house to be passively heated, from the sun heating the floor during the day through the large sliding windows. Then at night concrete mass slowly releases this heat, also helping to moderate the inside temperature.

With a limited budget, the design and construction is relatively simple. This also meant making the best use of more expensive building materials such as cedar, and using them sparingly. It also had to be low maintenance.

As the house is surrounded by trees and foliage that can block the sun, skylights have been used to bring light into what would otherwise be darker parts of the building and above the kitchen. The use of natural light makes the spaces far more interesting spaces and pleasant to be in. Cedar sunscreens are used on some of the large windows, and other parts are stepped back, giving a good amount of shading to the interior spaces during summer.

The window joinery, steel roof, wall cladding and garage doors all needed to merge into one using the same colour Ironsand was chosen as the colour of all these elements, as it was one of the only colours that all these components came in, apart from black and white. It is also available as a Resene colour.

Almost all home builds have some issues during the build process, however this one had no major issues, and as a result the house ended up being completed just in time for the arrival of the new baby. 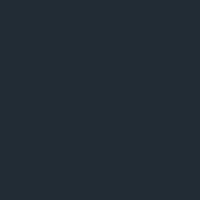 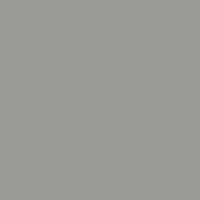 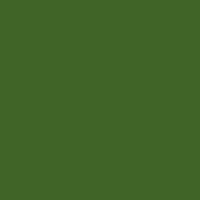 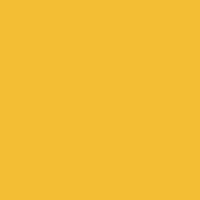