This project consisted of a renovated en-suite and a guest bathroom for a home in Titirangi, Auckland. Like so many homes in Titirangi, it has beautiful bush views.

Both bathrooms had frosted windows, so the beautiful outlook was not visible. The frosted windows made the rooms feel very enclosed and claustrophobic with no connection to the exterior and bush setting at all.

The client asked for a black and white bathroom with a mix of bold geometric patterned tiles and was happy to mix these with earthier fixtures and fittings.

The moment designer Natalie met the client, it was clear she had a love of colour, her wardrobe and her personality was equally as colourful. It baffled Natalie that she asked for a black-and-white bathroom. However, it was not long before she came around to the suggestion of introducing bold colours into the design, which was much more in tune with her character and her lifestyle.

The previous guest bathroom comprised of two rooms one for the toilet and another which had a bath, shower and basin in it. The en-suite felt very small and cramped. Both bathrooms were bland and lacked lustre – a mix of vanilla whites were used for pretty much everything which left an unmemorable and unwelcoming feeling. The client liked the idea her new renovated bathrooms could feel different and striking.

It was decided to add a deep tone of green using Resene Clover to the guest bathroom to add a natural warmth and also tie the outside greenery into the room. This green teamed up with the charcoal crushed marble bath with basin and the rough textured crown cut oak shelf added to the warmth. By using colour to the painted areas meant more flexibility than if bold colour had been chosen for the tiles. Even though the walls, ceiling, doors and shutters have all been painted green changing these areas was a much less labour intensive and considerably more cost-effective way to introduce colour with the potential of changing it in years to come. With the en-suite colour was introduced into the Resene Black ceiling and the sliding door by painting it in in Resene Lustacryl tinted to Resene Unwind – chosen for its mellow soft tone which worked in with the single blue Monmouth glass dome pendant light above the vanity.

The guest bathroom has rounded shapes throughout – white tiles made up of fan shapes and penny mosaics which are then teamed with the earthy tones found in the charcoal-coloured, crushed marble-and-resin bath with matching vanity basin and all the dark aged iron tapware. The finishes in the en-suite are the opposite and consist of more geometric shapes – black hexagons and white chevrons wall tiles and all the tapware is in brushed pewter with white crushed marble basin.

The cabinetry in both bathrooms is rough textured stained crown cut oak timber veneer and the large format floor tiles helps link the two rooms together.

The client was very nervous about choosing the green for the shutters. It was suggested that she take the plunge as she could always repaint them if she didn’t like the colour. Once in place they were just right. Now your eyes are drawn to the green interior and natural greenery from the exterior – both working together. 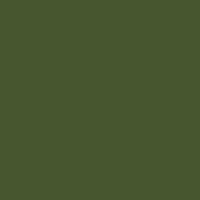 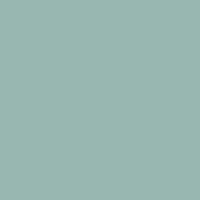