Tully’s world famous Golden Gumboot was inspired by Tully’s record 7.9m of rain in 1950 and its claim to the title of “wettest place in Australia”.

Cleverly this is also the height of the Gumboot. The Golden Gumboot is a national icon with all things “Big” and visited by tourists travelling in far North Queensland.

The Golden Gumboot, the brainchild of Rotarian Ron Hunt first opened in 2003, however the ensuing 14 years were not kind to the beloved landmark. The Tropical Far North’s sometimes oppressive climate had taken its inevitable toll and the structure was also hammered by Cyclones Larry and Yasi. Prior to painting inspections revealed the internal framework was seriously corroded, the paint on the fibreglass case was faded and affected by mould and the footings needed reinforcement. After repairs were carried out Resene were contacted for systems to protect this icon and colours to surpass its former glory.

With detailed prep and fresh coats of custom made Resene Gumboot Gold metallic, the icon is gleaming as never before. The green tree frog adorning the gumboot is painted in the aptly named Resene Tree Frog, using high gloss Resene Hi-Glo.

Thanks to the restoration work, the Golden Gumboot now far exceeds its original glory. Although dubbed the “Golden Gumboot” in reality it was only ever ‘golden syrup’ in colour. Now it’s truly golden. 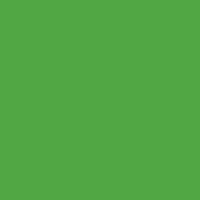