The 1980s home in Greerton, Tauranga, was secured for $418,500 and needed a complete renovation, inside and out.

Determination and drive underpin the success of Aron Innes' and Nikki Couling's debut reno project. At just 26 and 25 respectively, they had the prescience to put aside the “avocado on toast” lifestyle Millenials are mocked for, and save every penny in order to purchase their first home.

The Tauranga couple (Innes is a physiotherapist and Couling a teacher) knew from early on that they wanted to get a foot in the door of the property market. So after finishing their studies, they rented a small unit out of town, and saved every cent they earned. “We carefully recorded every dollar going in and every dollar going out,” says Innes. And within 18 months they had cobbled together enough money for a deposit.

They were clear about what they wanted. The house had to be built in the 1950s or 1960s (when properties were solid), it needed to be single storey, have an iron roof, and no moisture issues. The house also had to be ripe for renovation; their aim was to renovate to increase value, which would then open up further avenues for them.

The lounge was upgraded from salmon pink walls into a serene space, with a coat of Resene Half Grey Chateau.

The Tauranga market has soared over the past few years and it was hard work finding a bargain.

“It was actually horrendous,” says Innes. “We knew we couldn't be too picky.” They visited every open home they could, pored over Trade Me every day, and immersed themselves in the Tauranga property market, Finally, at the end of 2017 they happened upon a house that seemed ideal.

Located in Greerton, the 1950s three bedroom home hadn't been touched in decades. From the rusty brown carpet to the salmon pink walls (an ugly vestige of a 1980s renovation) it was mired in a tragic time-warp.

But it met their requirements – it was the right era, it had an iron roof, and it was in a reasonable suburb.

The exterior was completely repainted by the couple in a similar scheme to the interior.

The house was tenanted, so the couple had to wait until March to move in. And while it was sadly dated, it was liveable. “We kind of got used to the salmon pink walls,” laughs Innes.

The renovation work started in mid May 2018. They began outside, pulling down the ageing fence and replacing it with a similar wooden fence. They then ripped down an unconsented lean-to that was located at the back of the house and generally tidied up.

The home's exteriors had been painted in an attempt to attract more buyers: “But they had painted around the yuccas and agapanthus that were growing up beside the walls. So when we removed those there were plant-shaped unpainted areas on the walls.”

These would later be painted in a similar colour to the interiors of the home.

The bathroom was the first room to be renovated inside. The old toilet was disconnected by a plumber mate and then demolished; a new toilet was purchased and the walls between the toilet and bathroom “rejigged” to create a single room. A non-load bearing wall between the bathroom and the wash house was also removed, making a massive bathroom space that included the laundry.

“It's a huge space, as big as the master bedroom,” says Innes.

A free-standing vanity from Plumbing World and a new shower from Mitre 10 Mega were installed, along with an extractor fan. They decided to not put in a bath, but the room is large enough if any subsequent buyer desires one.

Once the bathroom was renovated, the pair turned their attentions to the rest of the house. The salmon walls in the living space and old-fashioned cream textured wallpaper in the bedrooms was removed, the carpet ripped up and the ceiling gib removed.

The walls were then gib-stopped and skimmed by a friend. Throughout this period, Innes and Coulson slept in a room alongside a house lot of furniture – 11 nights all up.

There was so much dust that we couldn't have anything out in the house. So we had to share the room with all our furniture. Grandma would bring over dinner for us and we would eat it in the room, then go to bed.”

Once the plastering was completed, the pair repainted the walls in Resene Half Grey Chateau. They then replaced the plasterboard on the ceiling and painted it in Resene Alabaster.

The carpet had been hiding beautiful rimu floorboards, and these were sanded and polished by a floor sander mate of Innes'. This flows through all of the house except the bathroom, which features waterproof vinyl tiles.

The kitchen was the most logistically difficult room in the house. Innes had (yet another) tradie friend who worked in the kitchen trade who did some design drawings of the kitchen, which was then built offsite.

The kitchen had to be completely gutted. Then it was a matter of getting every trade to be in the right place at the right time to ensure the new kitchen was installed prior to a new valuation.

“We had the electrician, plasterer and us all stepping over each other at some points. We had to arrange to the hour who needed to be there, at what time.”

They managed it and the kitchen was completed before the valuation took place. This was the moment of truth – had they managed to renovate the property well enough to make the profit they desired? 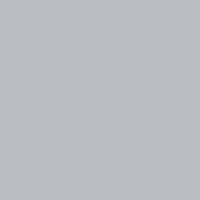