Three young investors have transformed a rundown home in Levin, with award-winning results.

The results of the annual NZPIF/ Resene Renovation Award are in and sweeping into second place is a nifty little reno undertaken by three investors just starting out on their property journey.

Sam Wang, Andy Kim and Pat Nga (all from Palmerston North) have used the power of three to make their entrance into the property market. Joint ventures are a good idea in the current environment, where restrictive LVR rules make it hard for new investors to get a foot in the door.

“It’s really the best way to start out at the moment, it’s expensive to do this alone,” explains Sam Wang (31).

The three purchased the property under Nga’s name, but they all have equal shares. And while it’s award-worthy now, before renovation it was somewhat less than salubrious.

“It looked like a jungle,” laughs Wang. “The garden was completely overgrown. Inside, the carpet was mouldy, the benchtop was rotten, and the shower was a disaster – completely out of date with a blueish plastic coating.”

The ‘after’ shots of the Levin property that came second in the NZPIF/Resene Renovation of the Year, 2018.

Even so, when the trio viewed the 1950s weatherboard home mid last year, they could see it had potential.

“When we walked into the viewing we immediately had an idea of what we could do,” says Wang.

Sam Wang and friends used Resene Alabaster as the exterior paint for their renovation. In this picture this paint is used on the trims - it’s a popular choice as a colour for highlights such as this.

Karen Warman from Resene says that they have seen a huge shift towards black and grey finishes outside, teamed with white trims, in recent years.

“The greys go from the softest whisper of grey through to deep shades, such a Resene Surrender and Resene Bokara Grey,” she explains.

She continues by saying that the sun tends to make colours look lighter outside, so often it’s a good idea to choose the darker of your favourite colours so you don’t end up with a glary exterior.

“More recently we are seeing this look soften a little to more light and mid greys, and near the coast blue greys and green greys, such as Resene Duck Egg Blue,” says Warman.

One of the main selling points for the trio was the fact that there were two living spaces, one of which could be easily transformed into a third bedroom. Both the rooms had fireplaces, so the one in the second living space had to be removed.

“The previous owner had started to remove the fireplace in order to create a new bedroom, but didn’t finish it,” says Wang. “So, a little bit of the work was already done.”

The kitchen and bathroom were two main areas of concern – both were dated and falling apart and they both needed a complete makeover.

“We basically gutted the entire kitchen and started from scratch,” says Wang.

The main issue they encountered here was finding space for ducting for an extractor fan. The old kitchen didn’t have one, so they had to install new ducting in a space above where the old stove was located. The new stove was moved to one end of the new L-shaped kitchen, with the extractor above.

All the new whiteware came from Bunnings in Auckland. “They had a wider range and we were able to get everything shipped down, which was great,” says Wang.

The carpet (which was mouldy) all had to be ripped up and replaced – again this came from the Palmerston North branch of Carpet King) and all walls were repainted in Resene Alabaster. The neutral colour palette works well and has broad appeal.

The outside paint (which was a rather dated pale yellow) was also freshened up.

“We had to sand the whole thing back to bare wood and start again. There were also a few broken windows, which we replaced with new windows from Smith’s Glass in Levin,” says Wang.

But the biggest challenge was the 800m2 garden. “It was a real mess,” says Wang.

Completely overgrown and full of weeds, there was a rather nasty surprise in store for the trio when they started cleaning up.

“We didn’t know that the previous owner had had dogs. But when we started working on the garden we discovered the entire place was covered in dog excrement and pitted with holes.”

It was so awful that they decided to bring in the heavy artillery. “We actually got a tractor and levelled out the entire garden.”

New grass has been allowed to grow and a small garden bed built; there is now a big backyard with a deck that extends from the wooden French doors and allows for great outdoor living in the warmer months.

The renovation took six months to complete, with the trio working on the home in the weekends and going back to their day jobs during the week.

The plan all along was to sell this home and use any profits towards more “buy and hold” properties in the area.

“We aren’t interested in trading – but sometimes at the beginning of your investment journey you need to buy and sell so you can make money to invest in your long-term investment properties.”

And they’ve achieved what they set out to do – the renovated Levin home sold recently for $285,000, making them a tidy $77,000 profit after taking into account the renovation costs.

The home’s exteriors prior to the renovation; the kitchen was badly in need of work; living space before reno

The judges of the NZPIF/Resene Renovation Award commented that the renovation resulted in a good transformation and improved the look and feel of the house both inside and out. They were also impressed with the positive return on the sale of the property.

Wang and his investment partners have been delighted by the runner-up award; it’s a real testament to the hard work and imagination shown by the three young investors. 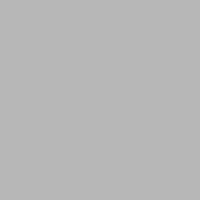 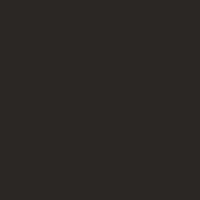 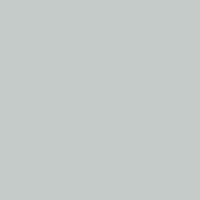