A plantation of waving palms and another of blossoming pink plums. Rows of tiny dream homes tucked on a tray.

Welcome to Steve Snow’s world, where everything is one twentieth or one two-thousandths the size of real life. Where all is unblemished and perfect, held together with glue and miniature brush-strokes. Here, in a converted church on the edge of Devonport on Auckland’s North Shore, Steve and his crew of skilled model-makers have spent more than 20 years creating models and miniatures for film-makers, architects, developers and designers.

Calliope Studios is one of the largest of only a handful of professional model building workshops in the country. Film-based studios such as Richard Taylor’s Weta Workshops focus on the glamour end of the market: Mechanical models, miniature sets, masks, prosthetics and props (and yes, thank you, there is plenty of life in that sector after the Peter Jackson blockbusters). Steve’s artists, on the other hand, have become specialists in the business end of the market, in particular helping to sell apartments and subdivisions nationwide and around the world.

“A brochure or architects’ drawings can only do so much to convey the feel of a property,” explains Steve. “Put a model in front of people and they can immediately see how they could live there.”

Many of his models are living objects, changing with the real world. Steve’s artisans are currently re-working a lakeside development in Wanaka that started five years ago. Rows of tiny houses have been scraped off, roads relaid, parks repositioned and trees ‘grown’ to convey the look of today, ready for a new batch of buyers to view.

Given such skilled specialisation, the company’s bread and butter has become architectural and engineering models for developments as far afield as Fiji and Dubai. However, fun projects include making ‘tombstones’ for the finance industry: A set of baby gumboots or a tiny tree trunk to mark out a major corporate transaction.

Steve reckons that he spends about a quarter of the project figuring out the approach, exploring the miniature materials, and problem solving.

“That’s the fascination of this type of work; the mental activity and lateral thinking. Then you just do it.”

He modestly reckons the artists just get lost in the handwork, “like painting a house while your mind wanders elsewhere”. However, the level of detail suggests more focus than that. And he wryly admits that a sense of humour is essential – three hours of painstaking work can be undone in one false move.

While some of Steve’s team are the products of professional architectural modelling training in the UK, most of his freelancers have come from varied backgrounds or hobbies such as Dungeons and Dragons gaming or model railways. Steve himself trained in film and TV production and still photography in his native Southern California. He then wended his way to New Zealand with his family via a 15-year stop in Australia and a stint as a general handy at- everything guy on Kangaroo Island (population 3500). Yachting friends persuaded him to join them in buying land on Great Barrier Island, but it took him 10 years to finally make it to New Zealand.

He chanced into model-making through his first job here for a graphics and photography company, when a graphic designer asked him to help out on a couple of architectural models. Steve’s childhood skills with kitset cars and trains re-surfaced. Some months in a props studio gave him the grounding he needed to open his own business and, like many local artisans, he benefited from the glory time of Hercules and the big movies filmed Downunder.

The tools of his trade are deceptively simple: Fine architectural plastics replace the cardboard of old, china clay is fired and hand painted for houses, wallboard plaster used to smooth contours and create rolling landscapes. Everyday Resene sealer is used over the plaster, then lawns, beaches and landscapes are created using Resene testpots and enamels – Steve even reckons the ladies at his local Resene ColorShop know exactly which shades he needs for his projects, right down to the right tint of blue for a swimming pool or marina! An enticing palette of special modelling sands – in all shades of greens and browns – is sprinkled on the still-wet enamel to create texture, built up in increasingly coarse layers for planter beds, bushes and more.

“A model is so much more engaging for people than some computer fly-through or simulation”, says Steve. “I think we respond models on a much more human level.” 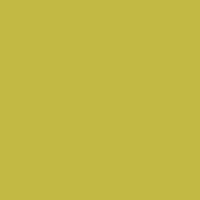 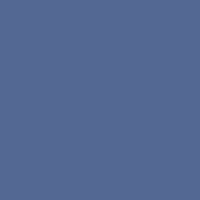 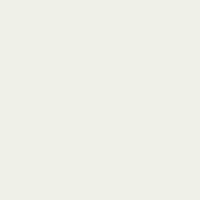