a place for everything

“Transform my tired, old kitchen into a sleek, streamlined space” – it’s a brief many designers get on a regular basis.

However, throw into the mix a client who’s an avid collector, loves bright colours and – despite admiring the style – finds it “impossible to be minimalist”, and things start to get interesting.

Christchurch designer Ingrid Geldof and the owner of this kitchen established a great rapport right from the start of the renovation. They bounced ideas off each other and brainstormed the available space and how it could be used most efficiently to create better storage and flow.

The original galley kitchen was relatively small, and like the laundry next door, was contained in a separate space off the hallway. And although the owner, Sue, liked the convenience of having such a tight area to cook in, the lack of storage was becoming a problem.

“I am a bit of a collector, and my many bits and pieces had begun to clutter various parts of the kitchen,” she says. “Fortunately, Ingrid appreciated and respected my love of collecting, and really listened to what I wanted in terms of layout and storage. I’d tell her about my ideas, and if she had better ones, she’d offer alternatives… and reasons why. I think she took the best of what I liked and made the most of it.”

Simply demolishing the wall between the existing kitchen and laundry to combine the two little oblong rooms wasn’t going to be practical. Losing the wall would have cut down storage options and there still wouldn’t have been enough room for an island, she points out. She was also keen to retain separate laundry facilities.

The solution was simple, yet surprisingly effective. The doorways to the laundry and the kitchen were removed, opening them up to each other and the surrounding living areas for optimum flow. The laundry was transformed into a scullery; a multi-functional room with cupboards, open shelving and nifty features galore. A door leading from the laundry to the garden was removed, but a large window was left in place to provide both light and views. Next door, while the original kitchen layout was largely maintained, features such as crisp new white cabinetry and benchtops, along with stainless steel appliances, give it a fresh, understated look.

Avoid fly spots on ceilings with Resene SpaceCote Flat Fly Deterrent. Designed to discourage flies from landing on the painted surface, it reduces the appearance of unwanted fly spots.

Removing the door-ways was all it took to create an efficient flow between the new kitchen and the scullery, and the living areas. Cabinets: 18mm MDF, finished in Resene Eighth Stonewall. Benchtops: Quarella Blanco from Taomina Precision Stone. Splashback: Back-painted glass in Resene Saffron. Sink: Franke IN 110.45 and AR 110.35. Oven: Scholtes FP955 900mm.

“A bonus of linking the two areas in this way is that it’s created a wider space for milling around. Now, friends and family can easily chat to me, but not get in the way while I’m cooking,” says Sue.

The layout works extremely well, whether she’s cooking a meal for two or entertaining a crowd, she adds.

“As far as day-to-day cooking goes, there’s no dashing in and out of the scullery to grab things. I have all my condiments, oils and flours in a handy cupboard next to the cooktop and oven, with crockery, cutlery and cooking utensils all right there.”

On the other hand, the scullery is ideal when Sue is entertaining or really wants to spread out. A sink and ample bench space mean food preparation can be carried out easily and any associated mess kept out of sight. There’s a specially designed drinks cabinet, and items such as vases, platters and best crockery are stowed away above the sink.

And a large bank of open shelving now lines one side of the room. “I wanted the shelves to be at least wide enough to take a case of wine,” says Sue.

All sorts of goodies, from bulk food to storage boxes, are stashed here. “The open shelving makes everything convenient and so easy to get to. Having said that, having an odd assortment of items on display like this was another way Ingrid paid tribute to my love of colour and collecting.”

Back in the kitchen, an extended bench used to be the bits and bobs depositing point. Recognising this, Ingrid designed a special cupboard as part of the refurb, and Sue reckons it’s been a brilliant idea.

“It works as a functional, central hub. We put all sorts of everyday things in there, such as car keys, phones, letters – there’s even a pull-out ironing board and a place for my laptop when I come home from work.”

Because the kitchen essentially comprises two spaces sitting side by side, it was important to use colour and materials as a linking device. The walls throughout are painted in Resene SpaceCote Low Sheen tinted to Resene Saffron, a fresh new take on the bright yellow surfaces that once adorned the original kitchen. To complement the walls, back-painted glass has been used to create glossy feature splashbacks above both the cooktop and the scullery sink.

Quarella marble benchtops give the kitchen its pared-down look. This is further enhanced by the application of Resene Eighth Stonewall on the cabinetry doors, with Resene Half Stonewall on the toekicks for colour variation.

Recessed handles on the cabinetry – “protruding styles would have compromised space,” says Ingrid – also contribute to the modern look. Strategically placed halogens provide task lighting above both the cooking station and the scullery sink and benchtop, while the 130mm-wide oak flooring planks enhance flow and lend extra warmth.

And remember the old laundry? Instead of relocating it to another part of the home, it’s been discreetly incorporated into the scullery. The washing machine and dryer are tucked beneath the benchtop, while specially designed drawers keep bulky laundry items, such as the clothes basket and detergents, neatly stashed away. And while Sue is a self-confessed fan of the modern dryer, she says it’s just as easy on sunny days to access the outside clothesline via the conservatory, which sits a little further down the hall.

Overall, she says she’s delighted with the practical nature of her new kitchen – “everything is exactly where I want it” – and highly commends Ingrid for her forward thinking and flexible approach. Being able to enjoy contemporary clean lines without having to give up her treasures, she’s enjoying having her cake and eating it too! 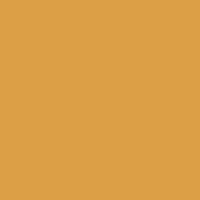 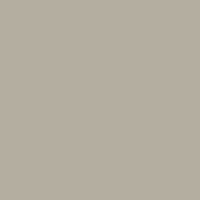 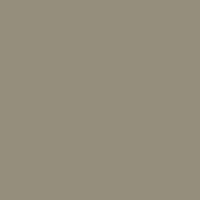