A dilapidated villa sharing a section with a disused boot factory might not sound like your average dream home, but Andrew Wilson had an idea that it could be.

Andrew is one half of the husband and wife team behind Urbis Construction, a company that renovates heritage housing to make it sympathetic to today’s living, while trying to preserve its classic features. So, a square-fronted villa built in 1897, coupled with a 1920s boot factory complete with its own WWII history, was too good to pass up.

“Before I came across it, I’d spent a while looking for a semi-commercial property with high-studded ceilings and that industrial, warehouse sort of feel. And then this villa with a factory on the back comes on the market for the first time in 50-odd years,” says Andrew.

Situated in Leighton St, in Auckland’s city fringe suburb Grey Lynn, it was the property’s potential for outdoor living that sealed its appeal, Andrew says. The other drawcard was the unique opportunity presented by having a second building on the 481sqm site – something that couldn’t be recreated under today’s building restrictions.

It took his wife Ella a little longer to share the vision.

“At first it was really hard to visualise. It just looked like a lot of hard work. The building out the back was full of a lifetime of junk: birdcages, car parts, old suitcases.”

The buildings were also in a shocking state, but Andrew couldn’t shake the idea of creating a flow that would draw the two structures together and shape the perfect indoor-outdoor living area. Then, after resolving to go ahead with the project, it was a question of deciding what to keep and what to change with the help of architect Greg Jones of Jones Architects.

“The overall plan was based around a courtyard style, orientated to the northern aspect, and with a good visual link between the house and the studio.”

Jones says they worked within the existing structures, but concentrated on opening up all the spaces.

“The second building was probably the best asset. It helped create the sense of enclosure and, with two living spaces set one each side of the courtyard, creates a feeling of activity in that area, says Greg. “When we first visited the house, it was one of those places you couldn’t wait to leave, but it had the right elements and we are really proud of how it came out.”

First things first, though. Incredibly, the villa had no indoor toilet, instead making use of a lean-to at the back that offered signposted facilities, one for “Men” and another for “Girls”, which Andrew believes were originally used by the boot factory workers. Modern living demands the loos move inside, and the lean-to was relegated to the scrapyard, making way for an addition to the back of the villa.

Transforming a factory that once produced boots for WWII soldiers into the studio Andrew envisaged also required a number of changes. The 82sqm building’s concrete-lined walls and floors gave the space great soundproofing and insulation and were retained, but the rest of the structure underwent an extreme makeover.

The studio now has an upstairs loft space, and its own bathroom and potential kitchenette. The ground floor opens out to the outdoor living space via large French doors. The finishing touch is the pergola that frames the factory and was made using cedar beams from the original building.

“Before, there was absolutely no flow between the two buildings,” says Ella. “In fact, you didn’t even look out to that space at all.”

Nothing could be further from the truth with the new design. Along the back of the villa, 2.7m-high glass doors slide back into the wall to leave a 6m-wide opening. From the doors, it’s a seamless transition out to the concrete tiled courtyard, which is level with the villa floor, and the 7m in-ground pool beyond it. Indoor-outdoor flow even extends to the entertainment system, with outside speakers connected to the stereo and television for perfect poolside lounging.

Landscaping is another pivotal element in the cohesive feel of the property – right down to the symmetrical patterns of the retaining wall, which were repeated in the pergola. “Andrew is a perfectionist by nature, and early on, he saw a kind of symmetry developing in the plans and he used that,” says Ella. “He spent night after night figuring out how to get the space perfect and it worked – the horizontal and parallel lines of the design draw your eye around the property.”

Landscape architect Ron Dykman worked with the couple to create an environment that Andrew describes as having an oasis feel. Garden lighting, nikau palms and the existing wall of trees bordering the property all combine to make a very secluded spot, despite its proximity to the city.

Creating the mood inside the house was Ella’s area. “We all have such busy lives, raising families and working, I think we’re too busy to be surrounded by too much strong colour every day. The home is your retreat and I feel, particularly in the living spaces, you need serene shades.”

Ella’s colour choices reflect that with a focus on Resene’s warm neutrals, including Resene Napa, as well as shades of green.

“I always love green in a house; it seems to fit in with the local colour scheme,” she explains. Another reason for a more neutral colour selection, Ella says, is that it acts as a sort of backdrop for the artworks that hang on the walls and the decorating components that go into each room.

For the main bedroom, Ella selected taupe and black furnishings, including a rich Italian floral duvet. The two other bedrooms were dressed with blues, taupes and browns.

“We always hire furnishings when we’re ready to sell one of our houses. Most people don’t have the vision to imagine what a room will look like once it’s furnished or even to picture if their own things will fit. The furnishings give them a starting point and a feel for how big the space is,” she says.

One room that required no guesswork for prospective buyers was the kitchen. With a dining area on one side and an inviting lounge with a gas-fire on the other, this open-plan space is the new owner’s favourite room in the house. Apart from its strong tie-in with the surrounding areas, the kitchen is beautifully finished, from the terrazzo-style quartz-composite benchtop to the slim edging of stainless steel around the cupboards and drawers.

Looking back, Andrew says the 18-month project wasn’t without its challenges. Site access was difficult and the state of the buildings was worse than they initially thought. And at one stage during the development, they lost a digger to the in-ground pool and had to get the street closed temporarily while they brought in a crane to retrieve it.

Council consents were also a headache, according to Andrew. Now it’s all over, he can almost see the humour in the fact the property required special fencing because they labelled the building out the back a studio instead of calling it a pool house. Despite the problems, though, the finished product was everything they had hoped for.

While the Wilsons never planned to live in the house long term, Ella says their philosophy when they are renovating is always to treat it as their own.

“Some developers say that you shouldn’t let yourself get your heart involved, because that’s not the way to make money, but I think it’s the only way to make a beautiful house that someone else will love.”

a focus on window treatments adds warmth to this room

The layering of window treatments creates a warm and welcoming feel in this living space. On either side of the fireplace, Roman blinds are installed from ceiling height, serving to widen the room visually. Cedar blinds inset into the window frames are painted Resene Quarter Caraway to match the walls. On the left-hand wall, invert-pleated drapes are installed on a Warm Walnut square track. The chunky styling of this curtain rail complements the solid-edge coffee table, bringing elements of strength and solidity to the décor. The fireplace is painted in the reddish-brown tones of Resene Digeridoo – a similar shade to the floor rug. On the sofas, a beautiful faux-fur throw and an assortment of retro and taffeta cushions add warmth and colour.

colour and furniture add a masculine twist to the space

This design reflects sophisticated elegance with a masculine feel to create a contemporary Chesterfield look. A twist on the black-and-white theme, the colour scheme is softened with the pale-grey tones of Resene Inside Back and Resene Copyrite. Elaborate curves and decorative floral elements offset the black and white and contrast with geometric shapes in the rug. A curved Loop recliner with an open basket weave introduces further contrast and texture through light and dark shadows. The black and white theme is continued with a big, padded black leather lounge suite, while the ash flooring adds a clean, light element. An unusual clock above the fireplace creates an interesting focal point, while custom-designed artwork on the walls ties the whole scheme together. 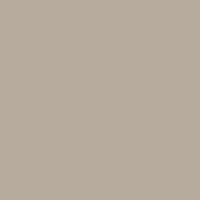 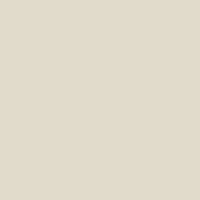 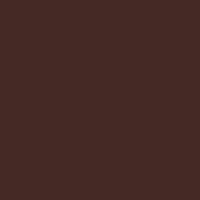 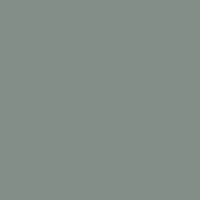 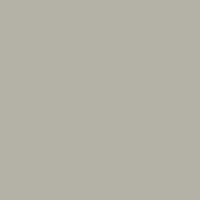