Resene colours look great at 60. A veritable kaleidoscope of amazing shades, from the stately traditional to the fabulously funky modern, has dominated the history of New Zealand’s homegrown paint company, which has always raced ahead, pushing the limits with colour style and production.

The first factory – in an old stable on Wellington’s Tinakori Rd – produced a basic range of about six colours in Stipplecote, a cement-based paint. Today, with two Wellington-based factories, a string of Resene ColorShops throughout Australasia and its Resene Total Colour System, the palette on offer is almost endless.

And this Total Colour System delivers an elegant product, which is “right up there with the world’s best,” according to Resene technical director, Colin Gooch. Describing himself as a “Ten Pound Pom”, who arrived in this country in 1963 knowing “squat-all about paint”, Colin has been a major player in the company’s development.

After working in the related field of resin manufacture, he joined Resene as chief chemist in 1970, and within three years, was promoted to his current position; a role that covers all the technical aspects of the paint production.

“I provide the technical basis, so that the colour designers can produce the Resene shades. For example, we need to know if a new red paint will cover an existing blue wall in two coats, or if it will fade or still be true to colour in seven years’ time.”

In the very early days, whites and off-whites reigned over the charts, along with some lead-based yellow pigments, and maybe a couple of reds and a blue. “You were very fortunate if the colour on the wall looked like the one on the chart, and no one expected anything different,” Colin laughs.

However, the Flower Power days of the Swinging ‘60s changed all that, prompting a huge burst of colour across the kiwi landscape.

“The ‘50s had been about rationing, as we hadn’t thrown off all the shackles and restrictions of the war years. In the 1960s, this shroud was discarded and the colour range just blossomed and blossomed. And there’s been no turning back.”

Colour really does rule at Resene. Or, as Colin sums it up: “Resene produces paints, but the emphasis is definitely on colour”. He sees the work of the late Tony Nightingale – son of the company’s founder and father of the current managing director – as having a huge influence on the company’s reputation as a leader in colour.

“Tony saw the power of colour,” he explains.

In 1969, Resene introduced the British Standard Specification colour range (BS2660) as a paint range to New Zealand. This gave New Zealanders, who were used to safe pastels, their first foray into strong colours. It was followed by the ColorShop concept, which Tony launched in 1975, with shops opened in Auckland, Hawkes Bay, Hamilton, Christchurch and Dunedin that year.

The introduction of the BS2660 was received with open arms by the country’s leading architects, who were eager to inject the verve of the sizzling ‘60s into the buildings they were designing. “We were exceedingly pleased”, is how well-known award-winning architect, Gordon Moller, sums up their reaction.

“We were aware of these colours through the British Standard Range and Resene was the first company to introduce them here. It was a balanced selection, which worked well with the direction that architects were taking at that time,” he adds.

“Back then, Resene knew how to identify and relate to architects, as it continues to do today.”

“They were important in relation to our work, and architects became very familiar with the colour names and numbers.”

The impact of the introduction of the Total Colour System in 1985 was also an event Gordon remembers well. He used the range in new offices for a leading accountancy practice, with dramatic effect.

“I offered to paint all the walls out if they didn’t like it, but it was a great success,” he remembers.

And interestingly, he noticed that staff reacted positively to the range of shades used, by wearing more vibrant colours themselves.

“Resene has consistently responded to the design directions of the time, which is reflected in the new range introduced each year,” Gordon says.

He explains the changes that have evolved in colour in our market, from the use of lots of saturated shades in the ‘70s through to our preference today for more recessive tones – colours that are lighter, with more clarity and warmth.

“This is probably related to the direction that architecture has taken recently. In the ‘70s, there was a romantic use of colour, with lots of craft-based rich shades, but today there is a more contemporary and closely clustered group of analogous tones with vibrant and powerful contrasts.”

The influence of the environment on colour is demonstrated in the palettes used throughout the world – from the sombre shades of Northern Europe to the sizzling vitality of the tropical countries. The Australian paint charts feature more reds and yellows in earthy and ochre shades, while New Zealand predictably enjoys a plethora of greens.

Many of Resene’s colours echo this country’s environment, but they are also right up there with the latest in global trends. As Karen Warman, who has been working as marketing manager for Resene for the last six years, points out, the company has always been a trendsetter.

“We focus on offering customers fresh colour choices each year, backed up by a wide selection of colour options from other colour charts. Our technical team also works hard to keep ahead of the trends,” she says.

Resene led the way in the development of environmentally friendly products in this country – from the innovation of waterborne paints through to the removal of lead from paints in the late ‘60s – well ahead of other manufacturers. The company reinforced this stand in 1996 by joining the Environmental Choice Programme and launching the Resene PaintWise paint recovery programme in 2004.

“New Zealanders are generally very courageous with colour and we now have more then 3000 colours available in testpots to help them experiment,” Karen says. She is also constantly surprised at the creative ways in which people use paints.

“A perfect example is a recent customer who wanted a quality screen to project multimedia onto. He ended up painting Resene Hi-Glo Aluminium on the wall, with brilliant results.”

Resene’s forecast for 2007 is built on an optimistic, fresh palette of warm, clear colours, expanding into traditionally cool colour families and neutrals. In conjunction we’ll see exciting new ways of combining colours. The current love affair with bling will continue, with the use of metallics such as Resene Chicane and of course Resene Bling Bling, along with predominantly darker woods, with gold and silver working in harmony.

“Individual choice is the key, and is typically achieved through often quirky personalised colour combinations, rather than customised individual colours. It is how one combines the colours to fit lifestyle and taste that drives individuality and expresses personal style,” Karen sums up. Internationally, Resene has a strong presence in Fiji, servicing the South Pacific market, and in Australia. The Total Colour System is also available under license in China, India, South Africa, the Dominican Republic, Germany and Poland.

So, Resene at 60 years of age can look back proudly at a history that has played a major role in how our country looks today. It can also look forward to an even more colourful future on the world stage. 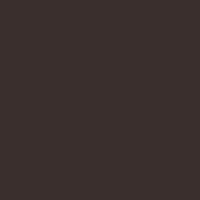 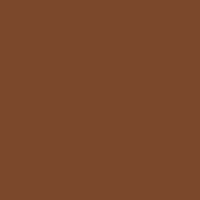 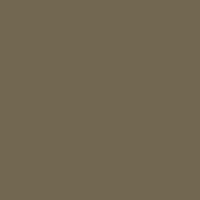 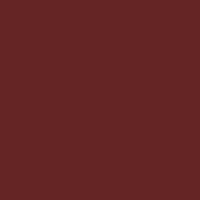 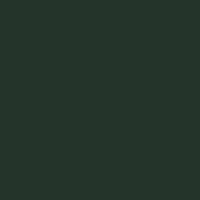 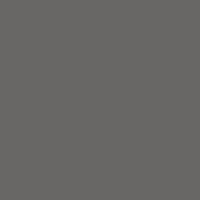 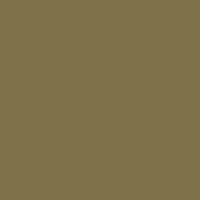