Rose & Heather director Martin Bell reckons the best furniture is the kind that has a story attached to it.

“Good furniture lives in a family’s home for years and each piece ends up with its own special history that’s tied in with all the memories,” he explains.

Local furniture business Rose & Heather has been developing its own story for 30 years, since Martin’s in-laws Tim Heather and Lucille Rose realised their Warkworth tearooms were doing a rapid trade in Tim’s handcrafted wooden coffee tables. They switched cake for kauri and a successful furniture business was born.

Martin and his wife MaryJane (daughter of Tim and Lucille) now manage the day-to-day running of the company These days, they employ more than 40 staff, spread across retail outlets in Melbourne, Sydney and Auckland, and in the manufacturing workshop, which has recently grown by 30% to keep up with the growth. Ensuring supply keeps pace with demand isn’t always easy in the face of the company’s steady expansion, exacting standards and the fact all the furniture is crafted in its own workshop by their skilled staff. However, Martin believes in keeping the manufacturing in-house.

“It all makes a difference to our customers. They’re not going into an outlet to buy a piece of furniture; they’re buying from us and they know that we made it. We have people who bought their first piece of furniture from us 25 years ago and who are still coming to us. And now we’re even getting the second generation buying from us because Mum and Dad did.”

Rose & Heather furniture is crafted from ancient kauri, which is valued for its consistent high-quality density and grain, and its intense colour. Mined from Northland swamps, it results in finished pieces featuring rich cognac shades, rather than the more golden tones found in traditional kauri.

Get the stained timber look outside with Resene Kwila Timber Stain or Resene Woodsman.

“Some of the kauri we’re looking at can be up to 43,000 years old. We don’t know how much ancient kauri there is down there, but we know it can’t be an endless supply, so our customers are getting something really special,” says Martin.

While some of its original pieces were based on early Colonial designs, it has since shifted to a more classic style to suit a wider range of homes and tastes. “We learned that the simpler the product, the harder it is to date, and the hallmarks of our work are found in every piece. We are influenced by Swedish design, particularly from the 1780s, and by the work of American architect Frank Lloyd Wright, but the overall effect is clean and simple.”

The company’s four signature ranges – Trenail, Eden, Tumblehome and Newport – also owe some of their design features to the founding family’s love of all things nautical. Tim, an ex-naval officer, took inspiration from 16th century boat design, and Martin, a keen yachtsman, says the curves on some of the pieces mimic the shape of a boat’s hull. The Trenail range was actually named after and built using a traditional boat construction technique, where a wedge is driven into an exposed dowel to secure the timber instead of using nails.

And consultants from the Auckland store are currently managing the interior design for a 24-berth boat, selecting everything from the furniture to the cutlery and the carpet. For a boat-lover, that’s a dream job, but Martin says that, special projects aside, he loves the furniture business. “I think it’s so cool that people trust us with something that they’re probably going to have in their home forever.”

In Martin and MaryJane’s own family home in Ponsonby, it’s not all Rose & Heather furniture, but it all tells a story. Taking pride of place is the dining table, which came out of an old naval vessel on which Tim Heather once served as an officer. Their home – and those of their relatives – also houses a lot of Rose & Heather prototype pieces.

“Prototypes are fraught with faults, because of all the perfecting that goes on and the detailed hand-finishing, but they’re so labour intensive, and because they’re the original piece, they generate a history from the time they’re created. They’re just one of those charming things,” says Martin.

And the family home serves as a great testing ground for furniture too.

“Every item in our home has to stand up to the rigours of everything our two boys can throw at it!”

The ability to stand up to life’s hard knocks was also a factor when it came to deciding on the home’s colour scheme and flooring. The house, which is a double square-bay villa with a return verandah, is finished in dark grey on the weatherboards, with white detailing.

Inside, silvers and greys feature strongly. Resene Black White is used for the trim and ceilings throughout the house, while the charcoal Resene Jimmy Dean, with a silver paint finish, lends a point of difference to the ceiling detail in the formal sitting room. The kitchen and library feature the lighter tones of full- and half-strength Resene Craigieburn.

“I think your home is your sanctuary, and its colours and interior themes should reflect that. It makes me laugh when I hear people talking about overcapitalising on their house – if it makes your family feel happy and secure, then I don’t think you need to worry,” says Martin. 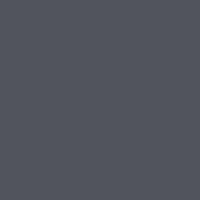 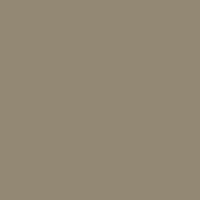