It may seem clichéd to match boys with blue and girls with pink but when it came to deciding the colour for the bathroom her sons share, Cara Elliott wanted something fresh and welcoming.

The existing bathroom of the early 1970s house was all white, and ‘like a chilly bin’. On the south side of the house, it needed some colour to lift it. “It needed to be fresh and fun, and a more inviting room.”

The colour for the room was actually inspired by the frame of a large mirror rather than the gender of her children. Previously used downstairs, interior designer Anna Cuthbert suggested that Cara relocate the mirror to the bathroom. The distressed effect of the frame has a mix of silver, green and blue colours so Anna pulled out Resene Jordy Blue as a complement to use on the walls of the bathroom. “It’s a lovely warm blue,” says Anna.

Resene Jordy Blue was also extended through to the adjacent separate toilet and into Aidan’s bedroom for a more cohesive look. Trims and ceilings are finished in Resene Alabaster for a fresh complement.

Toilet: The adjacent toilet is also resplendent in Resene Jordy Blue.  Vanity: The vanity and matching storage tower were designed by Anna Cuthbert to cater for children’s needs with a large drawer for bath toys and a laundry bin.  Shower: A glass-walled shower is tucked neatly at the end of the bath.

Cara also had some fish wall hangings that tied into the colour scheme so they promptly went up in a corner. To further unite the scheme, Anna specified blue glass tiles, called Denim Thread, from Designa Ceramic Tiles which pull the blue tones of the walls through into a playful strip that slices through the white tiles of the shower. Tiles in a pale earthy colour are a practical covering for the floor.

The blue of the walls lent itself to a marine theme, so now model boats and fish decals decorate the room.

The vanity was designed by Anna with a big practical drawer to house the bath toys. Opened up, everything can be seen at a glance. With a moulded top with twin basins, it means there are no fights over who gets to go first at tooth-brushing time. The vanity is complemented by a tall storage unit with a cupboard at the top for cleaners and medicines that the children can’t reach, as well as a deep drawer at the bottom to be used as a laundry hamper. The storage will grow with the boys – Aidan is now nine and Matthew is six – as water toys are replaced by razors, aftershave and deodorant.

The bathroom is part of the renovated upper storey of the house, which is slowly being refurbished. The landscaping has just been completed and work is to start downstairs – where there is a rather unusual bathroom. Resplendent in original leopard skin pattern wallpaper, Anna and Cara are still trying to decide if there’s any tasteful way to incorporate that in the new scheme! 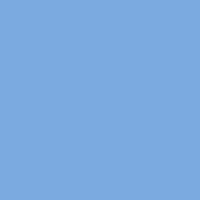