David Trubridge's fantastical lights are making an impact on interiors around the world.

Eight years ago David Trubridge was 'mucking around' in a workshop in Perth when he thought he would try his hand at creating one of the three dimensional geometric figures which had so fascinated him as a teenager.

An acclaimed designer with a well-established global reputation, he was experimenting with pieces of cut-out plywood when he came up with a spherical structure – which came to be known as the Coral. Not entirely satisfied with his creation, David decided to see if he could turn it into a light. 'I had no business plan, and no idea it would take off worldwide. It was just a bit of play and a bit of fun, but I soon realised there was nothing like it out there.'

While most lighting performs a function, David's designs provide something quite different. 'The glow from the wood triggers an emotion in people which you can't get from a piece of plastic or glass,' says David. 'It throws patterns on the wall which simply don't exist in modern lighting, recreating the feeling you get from flickering firelight or afternoon sunlight.'

By 2005, David found himself filling orders for his lights from around the world. And, from the Coral, he and his design team built up a family of lights. Lighting designs now take up around 90 percent of the business, with three-quarters of it exported. Since the first Coral was bought, David has gone on to sell almost 25,000 lights.

All the lights are now available in six Resene colours, the most popular being the lime green Resene Citrus and orange Resene West Side. 'We experimented with a number of different paints but the Resene paints were the best. I liked that they were strong, clean colours and I liked the fact it is a local company with a clear commitment to the environment.'

All his creations are made in line with his deep commitment to the environment and sustainability. The bamboo plywood is sourced from China where the plants are replenished regularly. 'We have to pay more for it, but it is worth it to know that it is a greener product.'

When David shows at design fairs around the world he carts his lights, often huge installations, broken down into parts in his suitcase to avoid shipping and freight, and the carbon footprint that brings with it.

David says he is often horrified at the waste by his fellow exhibitors. 'When I see the props they have brought in to dress up their stands all of which is discarded after six days, it is horrifying.'

It is this philosophy which has driven David's new Seed concept. These lights are transported around the world in kitset form, which not only involves less packaging and thus requires less shipping, but gives people a chance to assemble their own work of art. 'Some people say if I paid this money why should I have to make it myself but by the end they have really enjoyed it.' The idea is that you receive the 'seed' of a lightshade and then make it grow yourself.

David has lived and based his business in Hawke's Bay since 1991. 'If I lived in Milan or New York it just wouldn't be possible, it sucks you dry. Here the pace is slower, giving me more freedom to create.'

As well as the constantly expanding lighting business, Trubridge and his team (17 staff in all) are developing new works and materials. Right now they are experimenting with a 'plastic' made from flax and plant fibres, which is more environmentally friendly than the polycarbonate they currently use.

David continues to create and produce furniture, but says further developing his lighting designs is his focus. To view more of David's work view www.davidtrubridge.com. 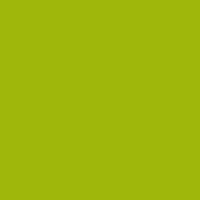 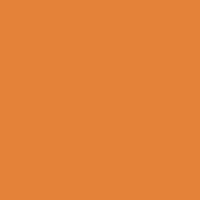