Originally from the UK, Amy fell in love with a Kiwi while working in London, and moved to New Zealand to join him as he returned home from his OE.

The move has been so successful for both, being lucky enough to purchase their first home at auction, a 1920s bungalow in Onehunga. After moving in with two cats in tow, they set themselves the goal of creating one sanctuary space to relax in while they renovate the rest of the house.

Amy and Bharat were keen to represent all three cultures of the countries dear to them, the UK, NZ and India, and their love of exploring through the space. Both believe that the way you present your home should be reflective of who you are as people and not necessarily trend driven. It was also important to them to retain the character of the house, respectful of era and style, and make a bold, unique colour choice, which would set the tone for the rest of the home.

With the help of a local paint assistant, Hubert, they decided on Resene Rivergum, a grey-green low sheen paint which has a beautifully warm element to it when the light streams in. Hubert helped as they carefully considered their end vision to tie in their colour choice with their existing furniture and theme. Having a large grey sofa and original wooden floors it was really important to make this green choice work.

Guests have been nothing but complementary about the colour choice – everybody loves it!

At their housewarming, friends and family were impressed with the choice and how much has been achieved in only a few months. Both love how the gold accessories complement the green, and how the plants blend in to create a slightly exotic feeling. Lighting the Moroccan lanterns at night there is a very subtle reflection from the paint sheen that creates such a cosy feeling.

Both are hugely proud of the space they have created as amateur decorators, and the colour is the foundation for what makes it work. A friend back in the UK commented that when she thinks of New Zealand, she has this colour in her mind. The project is best summed up by Amy - ’we feel we nailed it!’ 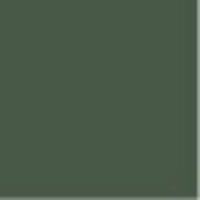 Thanks to Amy and Bharat.