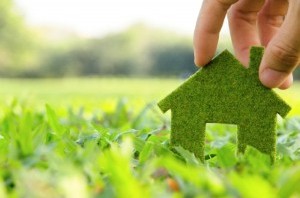 The Global Real Estate Sustainability Benchmark (GRESB) 2013 Report has just been released, and it reveals that Australia and New Zealand are leading the way when it comes to eco-friendly building practices.

According to the Property Council of Australia, more than 49,000 properties around the world contributed data to this survey. Australia and New Zealand beat North America, Asia and Europe to take out the top spot.

This year, the region's score is 64 – an improvement on last year's 62. The report also reveals that Australia and New Zealand are the only countries to have received a "Green Star" status.

This status, reveals the Property Council of Australia, demonstrates that those operating in the building sector have shown "outstanding management and implementation of key sustainability issues".

It's not just Australia and New Zealand, though, that are making an effort to be more environmentally conscious. The GRESB 2013 Report shows that, globally, the amount of energy consumed, greenhouse gases emitted and water used by the building sector decreased dramatically between 2011 and 2012.

For instance, the sector's energy consumption went down 4.8 per cent during this period, which is enough to power 163,091 households for an entire year.

Its greenhouse gas emissions were down by the equivalent of 90,050 passenger vehicles.

If you work in the building sector and would like to help Australia and New Zealand maintain its first-place position, you may want to think about other areas in which you can make your practices more sustainable.

Spare a thought for the paint you use. First and foremost, it's important to ensure that the paints and coatings you select are right for the project. There's no point going 'green' if the paint won't be up to the job and it has to be done again.

Where possible, we encourage you to opt for waterborne paints and low VOC free products. An easy way to identify these is to look for Resene Environmental Choice approved products – these meet the standards set out by Environmental Choice, an independent eco-labelling organisation.

This entry was posted in Paint, Tips for Tradies. Bookmark the permalink.