Turn a humble kitset potting bench into a stylish garden feature with the help of Resene Woodsman oil stain.

Step one
Following manufacturer’s instructions, run a thin line of PVA along the grooves in the back and side panels of the potting bench and attach to the plywood top, fixing with the screws provided.

Step two
Fix the side panels to the front panel with PVA glue and screws, as shown.

Step three
Fix the legs to the potting bench with PVA glue and screws – use the set square to make sure they’re at right angles.

Step four
Use the tape measure and set square to rule a line 175mm from the bottom of each leg, as shown.

Step five
Fix the two side leg struts with PVA and screws, aligning the bottom edge of each strut with the pencil line.

Step six
Fix the bottom shelf to the side leg struts with PVA and screws, as shown.

Step seven
Carefully apply one coat of Resene Zydeco to the potting bench and leave to dry for 24 hours.

Step eight
Apply a second coat of Resene Zydeco. Leave to dry for a further 24 hours before using the potting bench. 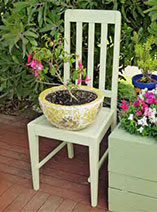 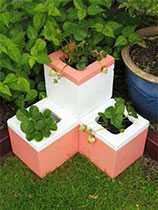 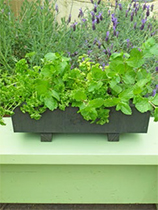 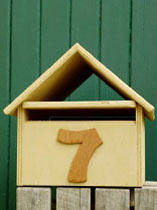 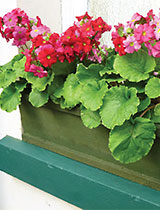 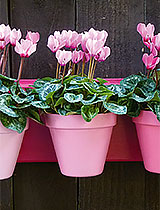